In conjunction with the Professional Football Alliance, the AICD's sports governance program offers a new pathway for female athletes to start their board careers.

Retired soccer player Grace Gill was keen to retain a connection to the sport she loves, but as she prepared to hang up her boots following eight years playing for Canberra United in Australia’s W-League, she knew a coaching career was not on the cards.

“I didn’t have an overwhelming desire to get into something like coaching,” she explains. “I wasn’t naturally drawn to it so I was looking at other ways that I could get involved.” Gill had maintained a full-time job in the public service throughout her playing career. She initially explored opportunities in sports media, but when a seat became available on the Capital Football board, the 31-year-old decided to “put my hat in the ring”.

“Having more or less grown up in Canberra, Capital Football has been the underpinning organisation for much of my career during the past two decades,” says Gill, who was elected to the Capital Football board in April 2019.

“It’s been a pretty fascinating and eye-opening journey so far.”

Her commitment to making a quality contribution to the board saw her participate in a new governance foundation training program in late 2019. Developed by Professional Footballers Australia (PFA) in conjunction with the AICD, the development program for female athletes is tailored specifically to sports governance. It equips participants for future board directorships and leadership positions within sport, providing foundational skills for board members with a focus on the responsibilities and potential liability of a director or committee member.

Gill was one of 22 participants from across the Australian Athletes’ Alliance who completed the first program, run in September–October 2019. The program offered a customised combination of the AICD’s Governance Foundations for Not-for-Profit Directors and Company Directors courses. During this pilot program, a range of sporting codes — which included netball, soccer and cricket — were represented.

Gill notes that while the Capital Football board has achieved the 40:40:20 gender balance target, boardrooms elsewhere would certainly benefit from greater diversity.

“Where women get an opportunity to be in a role of influence or on a board, or in a place where they can make a difference, the input they provide as a female and as a former player is just so invaluable to how an organisation runs,” she says. “That’s not to take away from men or other genders, by any means, but it’s such an important part of the puzzle. Having the right balance is paramount.”

Gill identifies the course as providing positive support for the future of players after their sporting careers, whether it be in governance, administration or media. 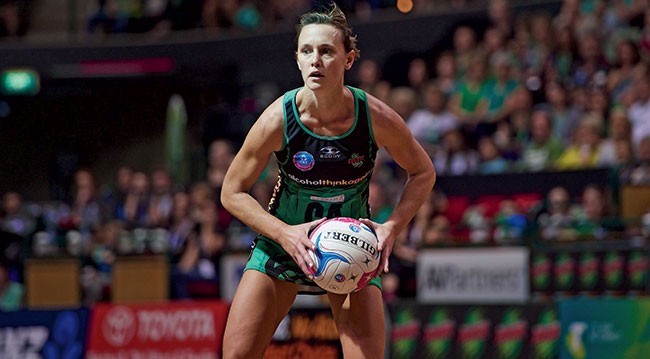 Kathryn Gill—no relation to Grace—a former co-captain of the Matildas and now deputy CEO of PFA, says the new development program seeks to tap into the huge pipeline of leadership talent within women’s sport. “There are a lot of natural leaders who want to transition to stay in the game — but not on the field anymore,” she says.

The program was designed to impart confidence and skills to enable that transition. “As a female, you always look at yourself and go, ‘Am I really that skilled? Do I have all the knowledge? Am I that qualified?’” says Kathryn. “So to put yourself in a position where you feel competent and capable, and have the expertise, that gives you added confidence.”

She completed the AICD’s Company Directors Course three years ago in what she describes as a “baptism of fire”. “I was probably the youngest in my cohort, and a whole different level of expertise sat within that room, including some who had governance experience. I was very fresh to that and I learned a lot from the people I interacted with in the course, as well as its content.”

It was this experience which, in her role with the PFA, piqued Kathryn’s interest in getting a sport-specific governance course off the ground. “It was about being able to provide [people] with an introduction into that space and to see if it was something they would like to pursue,” she says.

Former Diamonds netballer and Australian Netball Players’ Association (ANPA) representative Natalie Medhurst (above) says the course provided an additional level of competency for her to represent her sport and its athletes. “It’s given us great insight and understanding of the legalities and practicalities around governance positions,” she says. “I’m really passionate about the direction of our sport and hopefully I can play a key role in progressing it forward for the players.”

The PFA will also provide ongoing support and advice to participants to ensure continued personal and professional development. The program’s development and delivery was supported by funding from Sport Australia through the Women Leaders in Sport (WLIS) program. It is expected to resume in 2021.