10 areas of focus for the Coalition government

The Coalition's return to power has boosted confidence among many, but where to from here? From climate change to tax cuts, this is what's ahead for the Scott Morrison government.

The polls and the bookies missed it, but the $33b sharemarket rally and the uptick in confidence in the property market spoke volumes. The return of the Morrison Coalition government to office on 18 May saw relief ripple through a business and investment community that had been primed for dramatic policy change.

“If you look through the prism of the political analysis and opinion polls, it was a miracle election result,” says Thirlwell. “But if you abstract away from the opinion polls, then we are not hugely far from a status quo result. What the electorate was saying through this election was this was very much about the status quo.”

After a decade of leadership instability and increasingly polarised politics, the exit of former Coalition leadership hopefuls, and a settling in the senate, Prime Minister Scott Morrison has emerged with increased authority. As the refreshed ministry now gets to work, it is promising a pro-growth agenda that begs much more to do. For the Coalition, this means about $1.4b of new spending over four years, paid for by about $1.5b of efficiency dividends.

Members of the business community are urging the government to seize the moment. Jingmin Qian FAICD, non-executive director of Abacus Property Group says, like many, she was surprised at the outcome. However, she thinks business will be looking to government to use its majority to build on Australia’s strengths. “It would be good to see the federal government take advantage of this new period of stability to deepen its long-term planning for business and the community so we are better placed to tackle some of the challenges our nation faces,” she says.

Heather Ridout AO MAICD, chair of Australian Super and a director of the ASX, is concerned that the Coalition agenda will have to deal with a weakening economic outlook. She told an Australia-Israel Chamber of Commerce forum in May that energy policy and climate change need to be a priority.

“In terms of the broader policy debate, I really worry about the energy and climate change debate. Australia is an energy-rich country, yet we don’t seem to be able to get our act together. Climate change seems to be regarded as a religion by some people, yet it’s not a religion, it’s a science. Business wants this issue resolved, but the way it’s been played out is very poor public policy. “The economy will not provide a great backdrop for a lot of economic reforms, which are badly needed. There is a whole tax system out there getting pretty unfit for purpose, but I’d put energy right at the top.”

Tony Frencham MAICD, a group senior vice president with Worley, agrees. “The Coalition has a moment here to step away from the confrontation of the past. It has a clear, business-friendly mandate, the opposition has to regroup, and the Senate has less positional power. This is a time to seek a bipartisan approach on the big picture and to agree to disagree on the degree of implementation.” 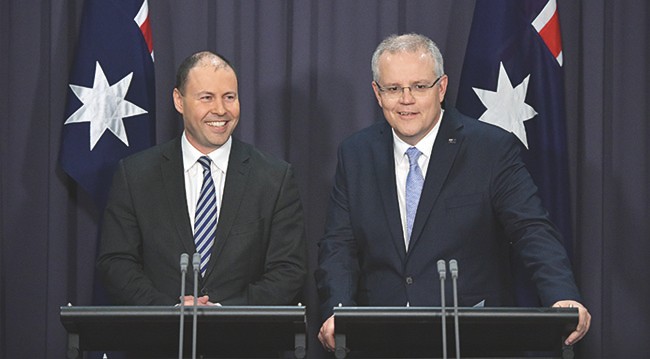 Celebrating the “victory for the quiet Australians with aspirations to raise a family, own their own home, run a family business and save responsibly for their retirement”, Treasurer Josh Frydenberg said the business community had understood the implications of Labor’s policies. He pointed to negative gearing and the proposed removal of cash refunds on franking credits on disposable income, capital formation for publicly listed companies and retirees who had planned carefully to fund their future. He told the Stockbrokers and Financial Advisers Association conference on 21 May that the government was prioritising a pro-growth agenda.

“The Australian economy faces some headwinds both internationally and domestically. Internationally, we’re seeing an escalating trade war between the US and China — the US, our number-one investment partner, and China, our number-one trade partner — plus significant impact from drought and flood.”

Here, we summarise some of the larger initiatives.

Thirlwell says there will be some fundamental structural reforms, mostly from 2022 onwards. Longer-term, the government proposes changes to middle-income tax thresholds and rates, starting with abolishing the 37 cents tax threshold for income earners between $45,000 and $200,000. “We are heading to a very simplified, much flatter tax system by 2024,” says Thirlwell.

Bipartisan cooperation saw the extension of the instant asset write-off law passed on 4 April 2019. From 29 January 2019, the threshold below which amounts can be immediately deducted was raised from $20,000 to $25,000. From 2 April 2019, it was further increased from $25,000 to $30,000, and extended to businesses with turnover up to $50m. Another priority will be the $2b Australian Business Securitisation Fund to increase access to more competitive finance, starting on 1 July 2019. The government has also promised to establish the Australian Business Growth Fund to make it easier for small and family businesses to access funding.

The main focus to help Australia meet its 26 per cent emissions reduction target under the Paris agreement is the $3.5b Climate Solutions Package. Of this, $2b will go towards direct subsidies for emissions reduction, working with farmers and Indigenous communities, and $100m to the Environment Restoration Fund for large-scale environmental projects. The Coalition has given the green light for Snowy 2.0 to proceed and will make an equity investment of up to $1.38b in the project to support new renewable energy in Australia’s future energy mix. Energy minister Angus Taylor has had emissions reductions added to his portfolio.

An increasing number of business leaders are calling for the Coalition to find a way back to the National Energy Guarantee. This sought to impose on energy retailers an obligation to supply sufficient quantities of “reliable” power to the market, and reduce emissions between 2020–2030.

The Coalition has pledged to cut $1.5b from the public sector. Some personnel changes are likely at the top of the bureaucracy, and federal departments will have to keep working on how to trim two per cent from their annual operating costs.

The housing sector stands to benefit most from the Coalition’s First Home Loan Deposit Scheme. Announced in the last week of the campaign, it pledged $500m to support for first-time home ownership by lowering the required deposit needed to take out a home loan with a five per cent deposit on eligible dwellings, as opposed to the previous 20 per cent deposit.

In June, the Reserve Bank cut its official interest rate by 0.25 percentage points to a new record low of 1.25 per cent to support jobs growth in the face of rising unemployment. It warned low wage growth and falling house prices were the main uncertainties dragging down the domestic economy. 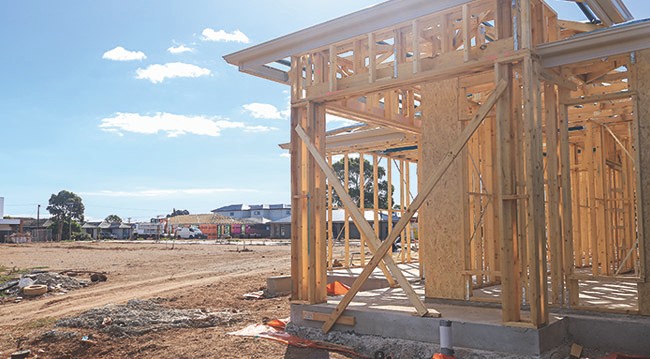 This is a sector where much is expected. The Treasurer’s support for the Productivity Commission’s proposal to review the retirement income system puts a range of issues on the table — from pension rules, superannuation and the role of the family home in the assets test to industry fund governance and fees.

The Coalition has appointed Stuart Robert as Minister for the National Disability Insurance Scheme (NDIS) and Prime Minister Morrison says fixing problems with delivery of the NDIS will be a priority. It has committed to a new NDIS Participant Guarantee and an information gateway, as well as an 1800 number to improve access. It has also allocated $527.9m for the Royal Commission into Violence, Abuse, Neglect and Exploitation of People with Disability, due to report by April 2022. The government also pledged to implement a seven per cent disability employment target in the Public Service by 2025.

A number of tax and other measures were introduced by the Coalition but have not been passed. These include changes to the R&D tax incentive regime, interest deductibility/thin capitalisation rules, capital gains tax, a new Commonwealth business registry and director identification numbers (DINs). AICD has worked closely with Treasury and the minister’s office on DINs, notably advocating for the removal of directors’ personal information from registries.

The PM has a mandate to deliver on the policies he took to the 2019 election, but what of the fraught area of energy policy? Tony Frencham writes.

There was a time when energy policy survived changes of government. The past decade of energy and climate wars in Australia has stymied innovation and advancement despite an abundance of energy riches across coal, gas, hydro, uranium, solar and wind. Australia has fallen behind the technological and economic developments of the rest of the world and missed opportunities to be a leader in adapting to the global energy transition.

What is the big picture? Firstly, the economics of renewables are sufficiently attractive to not need government support in the context of commercial power generation. It would be to Australia’s advantage to have policy settings to unleash abundant private sector money that seeks to fund low-carbon energy solutions, whether that be solar, wind, battery and pumped hydro storage or distributed energy systems.

Secondly, we need to look overseas to learn from others who have proven it possible to transition to an affordable and reliable energy system incorporating high levels of renewables. In May, the UK celebrated its first week without coal-fired power generation since the 19th century. The country didn’t grind to a halt and is on track to fully retire coal power in the next decade.

Thirdly, we need to understand that past “truths” about utility scale energy generation are changing. In some parts of the developed world we’re now seeing the return of the social licence for nuclear power, waste-to-energy and hydro power. For some, the threat of climate change is now greater than previous concerns of these lower-carbon alternatives. We need to be willing to review the decisions (and biases) of the past.

Lastly, it appears there are two key roles for government. The first is to engage on the points discussed above: get out of the way, be informed by others and challenge existing thinking. The second is to make the necessary nation-building decisions: market-based policy support, interstate interconnectors, national grid energy storage, and international cooperation. We have a process through COAG, but it needs to be a vehicle for cooperation in good faith for the benefit of the country, rather than a forum for wedge politics.