Roy Green, chair of the Port of Newcastle, is well placed to reflect on what a post-coal economy might look like in Newcastle. The former Dean of Business at UTS was director of the Employment Studies Centre of the University of Newcastle from 1991–99, when BHP closed and the future of the steel city seemed uncertain. Now, business leaders are again pondering the long-term prospects for the city of more than 500,000 people, given the projected decline of coal as an energy source.

“This is a decisive moment for Newcastle,” says Green. “The long-term outlook for coal is an existential threat to the Port of Newcastle and the Hunter region. We have to prepare for the further decline of coal as an energy source, but we see this as a huge opportunity. While world demand for our coal is beyond our control, our ability to invest in new sources of growth and innovation is not.”

Green remembers the closure of the steelworks as “very traumatic”, but adds the city “planned for it very well in collaboration with BHP and various levels of government”.

The changing face of the city is already apparent, with healthcare and education now the biggest employers.

“The region is about to undergo another round of transition that is just as important, if not more important, than the closure of the blast furnace,” says Green. “It will define the region for decades to come. If it isn’t able to make the port part of that transition, there will be much greater difficulty in fulfilling the region’s enormous potential in the development of its advanced manufacturing agribusiness and renewable energy capability.”

Green believes Newcastle, with the largest coal export port in the world, will continue to profit from its high-quality thermal coal used in power stations, but will suffer with the decline in world consumption over coming decades.

Richard Anicich AM FAICD, a lawyer at Sparke Helmore and former chair of the Hunter Business Chamber and the AICD’s Hunter Committee, speaks of the need for a transition to a new economy as demand for coal falls.

“Everyone realises the reliance on the mining sector as part of our economy will diminish over time, but that’s a 30–40 year horizon,” says Anicich. “In one sense, it’s a good thing, because it gives us plenty of time to transition and develop new industries and diversify trade through the port — which currently runs at 95 per cent product relating to coal and fuel imports largely associated with that industry. That has to change and diversify. If there’s a lesson from the closure of the steelworks, it’s that it took an awful long time for things to start happening — and we have the BHP site still largely vacant, waiting to be used for something else.”

The Port of Newcastle was sold to The Infrastructure Fund and China Merchants Port Holdings (CMPort) in an equal 50/50 shareholding in 2014, after the NSW Baird government privatised the ports of Botany, Port Kembla and Newcastle. Green points to an accompanying restriction on the development of a viable, large-scale container terminal in Newcastle, with penalties that prioritise NSW Ports, owners of Port Botany and Port Kembla. He believes this restriction of trade is not only costing Newcastle port business, but also the opportunity to diversify its economy — and to decongest Sydney’s roads and rail. He says the country as a whole loses out because Newcastle is the only port with capacity to handle Ultra Large Container Vessels (ULCV).

“UCLVs can replace up to three conventional container ships and steeply reduce the cost of freight transport,” says Green. 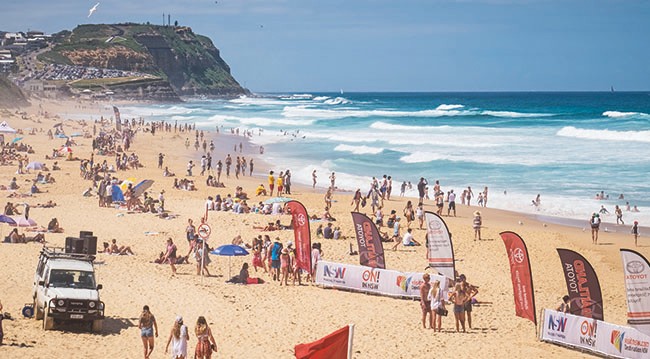 The Australian Competition and Consumer Commission (ACCC) has taken NSW Ports to the Federal Court to strike out the restriction. However, Green says he would prefer a negotiated solution as the case could take more than one year to resolve.

Like Green, Anicich sees the expansion of the Port of Newcastle as key to the city’s development. “In 40 years, hopefully, Newcastle will be regarded as a smart, technology-driven, advanced manufacturing economy,” says Anicich. “Part of our challenge is that people outside the region still regard Newcastle as an industrial town. Clearly, they haven’t been here for a while to see how things are changing.”

Anicich says the major transformation in the past five years has been investment in the CBD — known to locals as “the top of town” — and the introduction of light rail. “This was never intended to be a transport solution, but a city revitalisation program — and you can see how much more vibrant the city is. It was inconvenient (for business) during construction, but traders along Hunter Street were a lot better off than those affected by the light rail in Sydney.”

In March, just weeks before the NSW election, there was good news for Newcastle with the NSW government announcing a $780m redevelopment of the John Hunter Hospital, the largest hospital between the Hawkesbury River and the Queensland border. The funding is expected to add 7800 jobs and attract associated businesses.

Anthea Bill, an economist at the Hunter Research Foundation, says the health and social assistance sector has been growing by 1000 jobs a year in Newcastle, a rise of 20 per cent in the past five years (seven times the jobs growth rate in the wider community). The Hunter Business Chamber noted the value of the hospital precinct “as an economic driver for the region cannot be underestimated”.

In another boost, the Federal Budget announced $1.6b to extend the M1 freeway to Tomago and Raymond Terrace. “Improved access to Newcastle Airport and the Port of Newcastle is imperative to realising the region’s potential as a global gateway for NSW,” said Hawes. “Upgrading link roads to these assets will support their growth, boost tourism and trade opportunities and improve connectivity and safety.” 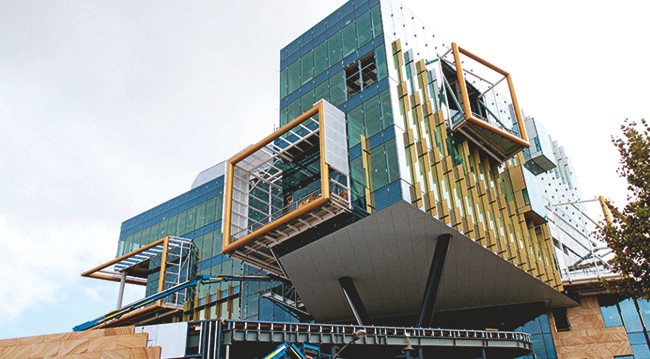 Is Newcastle getting smarter in how it addresses diversification? Yes, says Anicich. “People are looking for new opportunities. One huge opportunity on our doorstep is more than $1b to repurpose the RAAF base at Williamtown to accommodate the new fighter. That’s bringing industry to the region.”

In December, two of an eventual 60 F-35 stealth fighters arrived at Williamtown RAAF base, north of Newcastle. They will replace the Air Force’s ageing fleet of F-18 Hornets at a cost of about $17b.

BAE Systems Australia is training a team to set up a repair hub at the base for F-35 aircraft in Australia and the South Pacific (Japan and South Korea have also purchased the aircraft), creating an estimated 100 new jobs.

Hunter Business Research Foundation director, and its chair in applied regional economics since 2017, Professor Will Rifkin is optimistic, saying, “Newcastle has reinvented itself post-steel and can do the same post-coal.” He won’t put a time on when coal exports will stop, saying there is too much uncertainty around changing energy use.

“The coal here is relatively cleaner than other sources, the cost of infrastructure relatively lower and the infrastructure quite strong,” says Rifkin. “Some people say if the world moves away from coal, it may mean a lower demand, but not necessarily a shutdown, of the industry in the next 100 years. This could be one of the last coal ports open. In 40 years, Newcastle will be known for a range of things. There are opportunities.”

Rifkin has witnessed “a strong push towards diversification for many years”, adding that specialty manufacturing, advanced medical technology and next generation healthcare are growing industries. “The region could become a model for regional transition.”

A good example of the benefits of diversification is engineering firm Varley Group, based in Tomago, just across the Hunter River from Newcastle. The company began as a plumbing/boilermaker business in 1886, servicing the rail and shipping industries.

Varley now employs about 800 people at 13 sites in Australia, including 300 at its Tomago HQ. In 2005, the company expanded to Indonesia, working on power stations; and in 2017, to the US. Working in the defence and aerospace industries, it has 175 staff based in Washington DC, San Diego and Maryland.

Aside from defence and aerospace, the company manufactures emergency response vehicles such as fire engines, offers marine, rail and power services, does heavy machinery maintenance, and produces electric vehicles.

Managing director and chair Jeff Phillips GAICD joined the firm in 1993 as head of its aerospace division, after finishing a traineeship at BHP Steel and an electrical engineering degree. Varley is a private family business with a board of five, including three non-executive directors, Phillips and a CFO. When his father-in-law, Clem Varley, died in 2000, Phillips stepped up from MD/CEO to chair.

“Running a family company with four generations of history is special,” he says. “There are no family members on the board, no family employed in the company and it runs under strict governance guidelines. The board meets monthly and decisions aren’t approved unless unanimous.”

Ownership has run down a single family line. “One of Varley’s strengths has been an independent board,” says Phillips. “I’ve been quite vocal with [other] small private companies that they should put a board on, especially if they have an owner-founder who struggles to listen to others. They just view [an independent board] as an expense and it is hard to articulate the benefit. But it gives a company checks and balances and allows you to bring in expertise you don’t normally have that is tied with experience and creates knowledge you can use.”

Phillips says since BHP closed the steelworks, growth in the resource sector — including coal mining in the Hunter Valley — “has filled the void”. “When I worked at BHP, there was a staff of 13,000. That dropped to about 4000 in the decade after it was announced the steelworks would close.”

Varley works hard to develop strategy and create its own intellectual property, such as specialised vehicles. Phillips says the board operates on a five-year plan and he hopes to at least double the size of company in the next five years, with expansion in the US important. “The plan involves getting a much stronger percentage of our revenue from overseas markets."