Is your board prepared for the worst case scenario?

When its timber plantation was destroyed by bushfires in January, Kangaroo Island Plantation Timbers had to confront its decisions on risk management and insurance and plan for future survival.

Paul McKenzie FAICD was on a family skiing holiday in Austria when he heard about the fire that would devastate Kangaroo Island Plantation Timbers (KIPT), the company he chaired. Sparked by a lightning storm, the fire — the second in a matter of weeks — started on 3 January during a period of extreme temperatures. It rapidly burned through the Flinders Chase National Park and into Kangaroo Island Plantation Timbers.

For the next few days, while his family skied, McKenzie spent the mornings in a cafe at the top of the mountain, monitoring developments. “It just kept on going, from bad to worse,” he recalls.

On Kangaroo Island, the focus was on protection of lives and then assets. Managing director Keith Lamb was helping to fight the fires, juggling emergency response and staff safety while keeping directors informed. Shauna Black, an executive director who is also director of community engagement for KIPT, and an island resident, was assisting. The company’s fire crews were working alongside South Australian Country Fire Service brigades at the fire fronts.

Ultimately, almost half the island was burned, decimating infrastructure, wildlife, livestock and terrain with 96 per cent of the world-renowned park destroyed. The fire damaged 95 per cent of the plantation’s mature estate of 15,000ha, and burned a large area of farmland, destroying buildings and thousands of kilometres of fencing.

Back in Australia a few days later, McKenzie held regular teleconferences with the board and Lamb kept them up to date. The initial focus remained on protecting staff during the fire and continuing to support them with counselling services.

“The board took the view that the most important allocation of resources was to support the staff on the ground and to try to get the fire under control,” says McKenzie. 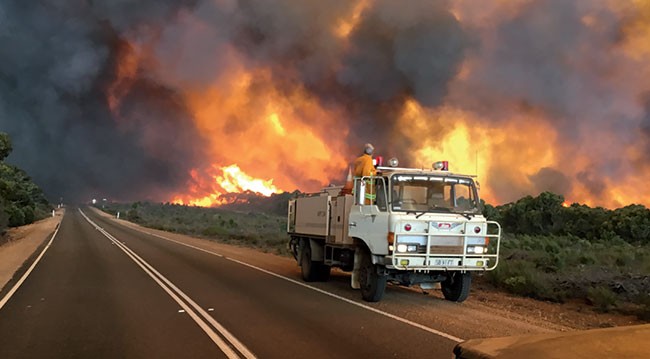 The board takes stock

The board held its first in-person meeting on 15 January at its Adelaide headquarters. The disaster had upended the company’s strategy and business plan, and it urgently needed a recovery strategy. KIPT had been a timber growth company, which was moving to become a harvester and exporter as its trees matured. Now, it had to weigh up its options, determine the best path through and keep investors and the community informed.

It was during this time that the qualities of management and directors shone through, says McKenzie. “We’re located thousands of kilometres apart and therefore trust, preparation and communication are paramount. That means integrity, roles, responsibilities and decency in action are the basic tenets. They’re the critical things because without those, a board risks fracturing rather than coming together, particularly during a period of high shock.”

McKenzie praises the Australian Securities Exchange and its policy of allowing companies to suspend trading voluntarily. “It provided the company with valuable breathing space for the board to quantify the situation and, as best we could, get our thoughts together to provide meaningful information to the market.”

KIPT shares had been suspended through Christmas and New Year to allow the board to assess the impact of a fire in December, which burned just seven per cent of the estate. It had come out of a voluntary trading halt on 2 January, only to be forced the next day to request a new trading halt and then a suspension of trade. “We needed the suspension so that we could then formulate a strategy and then inform the market,” says McKenzie.

Even with the fire extinguished, the extent of the damage was not totally clear. KIPT owns 86 per cent of the plantation forestry on the island, its portfolio split between 80 per cent hardwood (blue gum) and 20 per cent softwood (pine). The company has about a year to harvest its remaining pine plantations and five years to harvest the blue gum. Assessing the extent of damage to 15,000ha of timber — what has been ruined and what is usable in some form or another — has been a laborious process.

“What we had, pre-new year data, was a large estate of timber ready for harvest that was growing and of premium quality,” says McKenzie. “After January, what we have is a smaller volume that isn’t growing. It isn’t appreciating in the plantation. It will go on depreciating, losing value over time.” 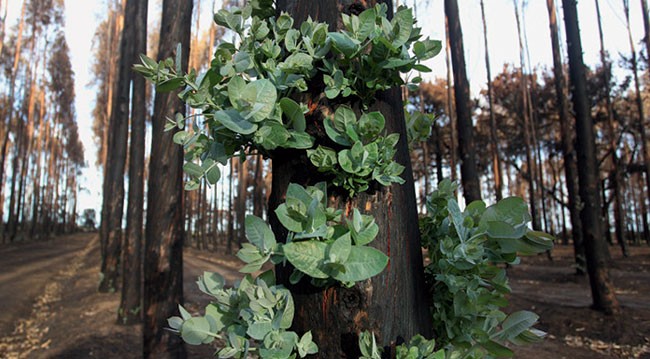 The board also began working its way through an insurance claim. Before the fire, the book value of the timber was $115m, according to its half-year accounts. KIPT had insured the tree crop for $65m — the maximum amount insurers would cover.

While taking as much insurance as possible looks like a wise decision in hindsight, at the time they took out the policy, the board believed there was only a one per cent chance that the total crop would be destroyed. Because different parts of the estate were separated by farmland, it was judged unlikely a fire would spread too far. “We took the view that a conservative approach would be the way to go,” says McKenzie. “With hindsight, it turned out to be a sensible decision.”

By early June, the company had received $30m in payments, but is yet to receive the entire proceeds. Once it does, it will repay its bank debt and emerge as an entity with $30m in cash and a lot of tax-free farmland stocked with exportable timber.

For McKenzie, there’s a broader lesson than just insurance, one particularly apt for the COVID-19 crisis. “The focus of any board when they’re doing scenario planning is looking at what if the one per cent happened,” he says. “It’s been a very difficult process — from having invested so much time into one plan, which was an extremely viable proposal, to then having the change.”

This added new urgency to a longer-term project to get approval for a seaport to get the timber off the island. The board started scenario planning and modelling the next move, ranging from the one extreme of bulldozing the entire estate for replanting, turning it into grazing land or harvesting what was left of the timber as logs or woodchips, and shipping it off the island.

It started with a blank sheet of paper and put down the options and timeframes involved — harvesting that amount of timber is a four or five-year project in itself. There were many moving parts and the board tried to boil down the data into a numerical form — risks, capital timeframes — so it could model and compare outcomes.

This, in turn, helped shape constructive boardroom discussions about each option. And each option had a bearing on the seaport — what needed to be built and the required working and investment capital. However, KIPT doesn’t yet have approval to build the port. That is a longer-term project, about which there is much local debate.

Lamb says fire-affected pine will die, but will have recoverable value and can be stored. Some fire-affected blue gums may survive, but future growth is likely to be uneconomic. “The vast majority of it can still be used for logs, woodchips or pellets, but recognising that the fire-damaged timber is no longer the premium product that it was, it is a complex issue we are working through.”

Lamb says the company has had strong support from its partners as it implements its recovery plan, particularly the Commonwealth Bank and Mitsui Bussan Woodchip Oceania. “Our insurance will allow us to pay off our debt to Commonwealth Bank, re-fence our properties, get our harvest work under way and contribute to building the seaport, which will be a key piece of economic infrastructure for Kangaroo Island for many decades,” he says.

McKenzie reflects that the disaster highlighted the interdependency of staff, community, other businesses, government and business partners. Its partner Mitsui, for example, has attended board meetings and researched markets and possible products. “If you choose the right partners in business, almost regardless of the sort of negative impacts that can happen from time to time, people will find a way,” says McKenzie.

McKenzie adds that one lesson to emerge from the experience is about the quality of people, which becomes apparent in a crisis, and about adaptability when confronted with a new reality.

“We talk about communities — communities are a function of companies, bankers and businesses and supply chains,” he says. “Everybody has been very affected by what has happened, but we also came together and supported one another. We can’t cling to the past and be frustrated about what life has been. We have to make the best of the future.”