As more governments and companies scramble to grab the headlines with their net-zero carbon commitments, the more difficult issue of “how to get there” is also being debated vigorously in parliaments and boardrooms around the world.

Some governments are working at applying a price on carbon emissions via a carbon tax or an emissions trading scheme. Companies seeking to manage carbon pricing risk are increasingly using “shadow” or “internal” carbon pricing.

While most global heavy carbon emitters have used shadow prices for over a decade, according to KPMG Global Impact co-chair ESG and sustainability Adrian King, “Most large Australian corporates... have started to use shadow carbon prices as a minimum to stress-test their investment decisions”.

A shadow price is a theoretical value a company voluntarily sets to cost its carbon emissions for internal decision-making purposes.

An internal carbon fee is a charge companies voluntarily apply to their business units according to their emissions. The reasons for using these include:

From a board’s perspective, internal or shadow carbon pricing can stress test the resilience of their operations and assess their exposure to future carbon regulations imposed by governments around the world.

As of 2020, carbon pricing policies exist in 45 national jurisdictions and 35 subnational jurisdictions covering around 12 gigatonnes of equivalent carbon dioxide (GtCO2e) or 22.3 per cent of global greenhouse gas (GHG) emissions. The emissions covered will increase markedly overnight as the world’s two largest emitters, the US and China, bring on board their pricing mechanisms.

While Australia may be a little late to the party, jurisdictions such as the European Union (EU) are planning to introduce carbon- border adjustments so that imports from countries without pricing mechanisms will no longer be exempt from a carbon price.

Shadow pricing is most commonly used as a decision-making tool to test the sensitivity of future cashflows when making long-term investment decisions, particularly those of high value. Undertaking such an exercise helps manage the future risk of “stranded assets” (assets that end up being unexpectedly devalued) arising as emissions regulation tightens and renewable energy gains traction.

An internal carbon fee charged to business units can encourage employees to seek out initiatives to reduce emissions and drive research and development to projects compatible with a low- carbon economy. Microsoft, for example, has used the funds raised from setting their internal carbon fee to reduce emissions by purchasing green power and supporting carbon reduction and offset projects.

Shadow and internal prices used are increasingly being disclosed as part of the Financial Stability Board’s (FSB) Task Force on Climate-related Financial Disclosures (TCFD) reporting requirements — and also in investor presentations. This demonstrates that management and board are aligned, understand their exposure to future external pricing and hear investor/customer calls for action. 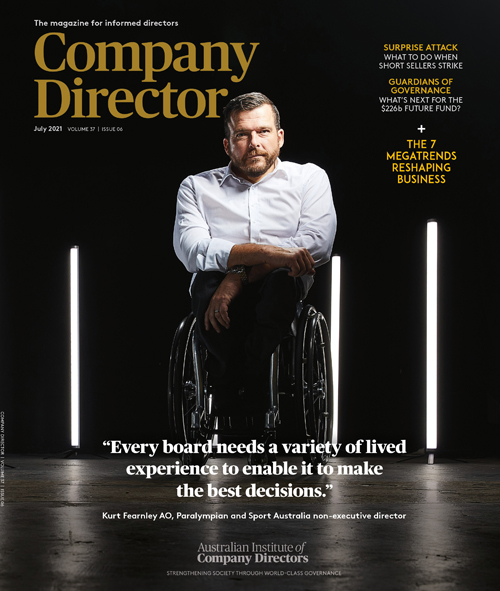 Once a clear picture has been formed of a company’s direct and indirect emissions together with a geographic split, the core challenge becomes selecting the internal fee or shadow price to be used. As this involves predicting the future, it is inevitably fraught with difficulty and controversy.

“One of the most notable issues we are seeing is the significant variations in prices,” says Zoe Whitton, a director at the Investor Group on Climate Change. “Carbon pricing is still in its infancy.”

Where an organisation is looking to assess the market price they will be exposed to by regulators in the future, there is a high degree of uncertainty, even where market prices currently exist. Changes in government policy across regions can have significant impacts on prices, and when combined with differing assumptions from analysts around the speed of technological advancement, result in wide price variations.

Where a company is looking at the cost of decarbonising, or to identify underlying carbon risk in the business, cost estimates can fall within a narrower, more manageable band.

When looking at making an investment, King suggests companies first consider “at what price on carbon will this investment become uneconomic?” Maintaining an awareness of external benchmarks is important. For example: the World Bank’s High-Level Commission on Carbon Prices recommends carbon prices of US$50–100 per tonne by 2030; the IPCC Special Report on Global Warming of 1.5°C cites the 2030 starting point as US$135. And in January 2021, the price of an EU carbon permit hit €34.25.

With increased pressure for transparency, more companies are disclosing the prices they are using, but these can quickly become outdated between reports. Some examples of figures that have been reported previously include Santos ($30–$100 per tonne) and Wesfarmers ($18 in short term to $50 in longer term). Regular reviews are essential as prices are expected to rise sharply over time.

“Although companies may be using these prices in their internal scenario analysis, it does not mean they expect to pay these amounts,” says Whitton. “Companies often will pay the abatement cost rather than face the full carbon price.”

Companies setting an internal or shadow carbon price should be better prepared to address the risks they face — and expect growing pressure from Australian regulators to increase their reporting in line with TCFD guidelines.

As more regulators around the world impose carbon pricing or trading schemes, there will be a convergence in prices and an increase in analytical resources. Pricing carbon will become less uncertain and more like pricing forecasts on other commodities.