What is the future of franchising in Australia?

The impact of COVID-19 has pushed aside recent franchising scandals, but the federal government's Franchising Taskforce could save the sector from sinking.

Printing service company Kwik Kopy saw an unprecedented drop in their franchisees’ daily orders on 13 March 2020. “That date is burned into my mind,” says managing director David Bell. “It was our first taste of what COVID-19 would do to the business. Now, across the network, we’re about 60 per cent down.”

Kwik Kopy executive chairman Stephen Penfold brought the franchise to Australia from the US in 1982. A privately owned company with the Penfold family in majority control, it currently has 100 centres operating throughout Australia.

“We built a lot of our business on the events, travel and tourism sectors,” says Bell. “Now all of that activity has ceased.”

In March this year, franchise market research and consulting firm FRANdata conducted a national survey on behalf of the Franchise Council of Australia (FCA) to assess the initial impact of COVID-19. Respondents included representatives of 55 franchise systems covering 11,037 individual franchised businesses. Results of the survey indicated 30 per cent of businesses experienced a drop in March revenues of 25–50 per cent. A further 28 per cent of businesses reported a March revenue decline of 50–100 per cent as a result of enforced trading restrictions and social isolation.

“Commercial leasing is the hot-button issue for just about every member business I speak to,” says Mary Aldred GAICD, CEO of the FCA. “Some 27.5 per cent of respondents said their landlords were ‘unhelpful/very unhelpful’, and 31.4 per cent described them as ‘indifferent’. Smaller commercial landlords seem to be a lot more communicative and supportive of their tenants than those who own a lot of the shopping centres.”

Many franchised businesses are also struggling to manage their workforces. “This can be particularly challenging for those who rely on temporary migrants or sponsored workers intending to stay in Australia,” says Aldred. “Many have fallen through the cracks in government support, but businesses such as restaurant chains and cafes are going to need them when we come through this. In some cases — especially in regional areas — it’s impossible to source that labour locally.”

The impact of COVID-19 varies widely, even within a single franchise system. “One example is Australia Post franchisees,” says Professor Jenny Buchan, a franchising expert at the UNSW Business School. “Some are going to be run off their feet by increased demand for deliveries, but if your store is at an airport, then the bottom will have fallen out of your world.” Kwik Kopy has seen a disproportionate downturn in central business districts, particularly in Sydney and Melbourne.

“We look after a lot of the service sector there, but most of those businesses are now operating from home,” says Bell. “Interestingly, there’s been less of a decline in our regional centres, and those in Western Australia have been least affected. That could be because they’re operating in a mining-led economy and the government has done its best to make sure the mining industry continues to function as best it can.”

Fairer franchise model suggestions being reviewed by the Franchising Taskforce include:

The good news is the vast majority of franchisors have stepped up to help franchisees keep their businesses afloat. In the FCA survey, 94 per cent of respondents provided examples of support ranging from direct and indirect financial assistance to help with navigating changes in business regulation.

“We have been helping our franchisees talk to their landlords about getting abatements, reductions or a deferral [in rent], and the government’s JobKeeper payments have been a huge help with their staff,” says Bell. “We also advised them to find ways of breaking even, regardless of their level of sales. In accounting terms, if you can convert every single cost into a variable rather than a fixed cost, you’ll break even, whether you’re doing $1 in sales, or $1m. In a business such as ours, these measures can go a long way to mitigating loss. We’re confident our guys will emerge from this crisis battered and bruised, but alive.”

Other franchises have extended their services or found new ways to do business. “When Hire A Hubby saw a massive decline in demand for its handyman services, it switched to installing perspex shields in shops and supermarkets to protect workers from infection,” says Aldred. “Pizza Hut set up a local call centre employing about 2500 people to take phone orders from customers unfamiliar with food delivery apps. They also offered to deliver essentials such as toothpaste and toilet paper. And McDonald’s started selling basics such as milk and bread from their no-contact, drive-through counters.”

However, Minister for Employment, Skills, Small and Family Business Michaelia Cash is concerned that some franchisors have continued to charge franchisees regular fees during a period when their businesses are temporarily closed or suffering a significant loss of income. “Franchisors should be working with their franchisees to waive, reduce or defer their fees in the coming months while these businesses are affected by the impact of coronavirus,” she said in a media release in April. Cash reminded franchisors that the Australian Competition and Consumer Commission (ACCC) Franchising Code of Conduct makes it clear that each party to a franchise agreement must act in good faith. She also indicated she would pursue any reports of franchisors acting unreasonably towards franchisees during this time.

“Franchisors need to think long and hard about what good faith means in the current environment,” says Buchan. “A franchisor who charges franchisees full fees while their businesses aren’t operating could be in breach of the obligation to act in good faith, which carries a civil penalty of up to $63,000. But good faith is also about where the business is going to be positioned after COVID-19 if you treat your franchisees fairly rather than badly.” 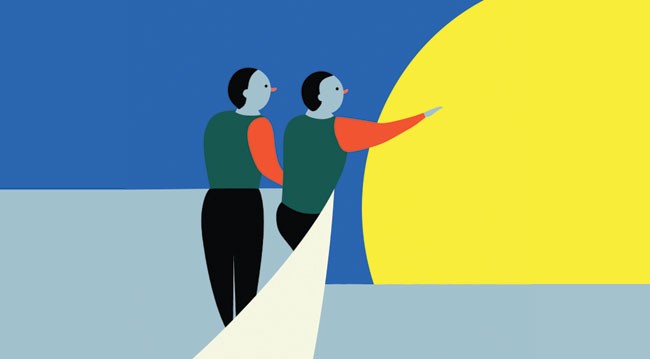 The COVID-19 crisis is yet another test for a sector under the microscope since a series of media investigations by The Age and The Sydney Morning Herald that uncovered a string of injustices. Business and personal tragedies — ranging from bankruptcy to wage theft and loss of livelihood — attracted the attention of the Parliamentary Joint Committee on Corporations and Financial Services. The 2018 inquiry into the operation and effectiveness of the Franchising Code of Conduct was the latest and most comprehensive attempt to put a stop to unconscionable practices and restore confidence in the sector.

Of the more than 400 submissions received by the committee, one of the most damning came from Australian businessman Jim Penman, who dismissed the current Franchising Code of Conduct as one that “allows vulnerable people to be ripped off by unscrupulous operators”, adding that “even lawyers and franchising executives have trouble understanding the disclosure document designed to provide a prospective franchisee with key information”. Penman also dismissed the whole franchise code system as “no more than a feeding trough for lawyers”.

These are not the opinions of an embittered franchisee. As CEO and founder of Jim’s Group, Penman operates more than 50 franchise divisions across Australia, New Zealand, Canada and the UK, with an approximate turnover of $500m. He franchised his first business, Jim’s Mowing, in 1989 and this is now the largest lawn mowing business in the world.

The committee’s report, released in March 2019, was scathing, likening corporate governance in some areas of franchising to the woeful standards uncovered by the banking Royal Commission. In both cases, unethical practices were underpinned by an inherent imbalance of power — in finance, between consumers and banks; in franchising, between franchisor and franchisee.

However, as Bell points out, at its best, the franchise model is the perfect way to encourage entrepreneurship, innovation and the development of small businesses.

“There will always be an imbalance so the question is how well you manage it by maintaining a financial model that generates a fair return for both franchisees and franchisor,” he says.

Craig Cawood, senior vice-president, general counsel and franchise relationship officer at McDonald’s Australia, describes his company’s business model as a “three-legged stool”. “The franchisor, franchisees and suppliers each represent a leg,” he says. “If one leg isn’t as strong as the others, or growing at the same pace, the stool falls over.”

More broadly, franchising is a system worth $182b that employs more than 594,000 people.

While COVID-19 has dominated global attention, there’s still a need to address the balance of power between franchisors and franchisees. The Franchising Taskforce — set up following the release of the Fairness in Franchising Report by the Parliamentary Joint Committee on Corporations and Financial Services — is currently reviewing 70 recommendations, including the ones listed opposite. As yet, there is no date for a public announcement of the government’s position.

According to the Franchising Australia 2016 report by Griffith University, the average upfront fee for a retail franchise is $31,500, and $28,000 for non-retail franchises. This fee comes on top of the capital required to fund shop fit-outs, plant and equipment, inventory and lease commitments, which are paid for by the franchisee, not the franchisor. The report notes that the total start-up cost for a new retail franchise is around $287,500, compared to $59,750 for a non-retail franchise. However, these figures are averages. At the pointy end of the scale, establishing a new Bakers Delight outlet can cost up to $550,000, while McDonald’s Australia advises would-be franchisees to have unencumbered cash of at least $1.2m. Along with the initial fee, franchisees also pay ongoing costs to the franchisor, including royalty fees — generally based on four to 10 per cent of turnover, or a fixed amount. Separate costs, such as marketing fees, can also apply. As fees are a leading source of dispute between franchisors and franchisees, it is critical to understand exactly what you will be up for in initial and ongoing costs.

“We absolutely believe in the value of franchising and its positive economic contribution to Australia,” says Cawood. “An entire sector shouldn’t be tarnished by the actions of relatively few.”

This is a valid point. Many of the submissions to the inquiry concerned large franchise corporations and systems. Where these were named, more than 40 per cent related to Retail Food Group (RFG), Foodco, Domino’s and Caltex. Cold Rock Ice Creamery, 7-Eleven, Autobarn, Craveable Brands and Pizza Hut were also mentioned.

A focus on recovery

The committee’s first recommendation was to establish an interagency Franchising Taskforce to examine the feasibility and implementation of 70 more proposals. “This taskforce has consulted with a wide range of stakeholders,” says a spokesperson from the Department of Industry, Science, Energy and Resources. “The Australian government is working to achieve outcomes that strike the right balance between franchisees and franchisors.”

Since COVID-19, the priority has been getting the Australian economy back on its feet and, as yet, there’s no news on when the government will announce its position on franchising reforms. “The big question is how are we going to lift off again?” says Aldred. “The sector’s leaders must continue to manage risk and prioritise the health and safety of their people, but directors also need to think strategically about what might lie ahead. Certain impacts and restrictions will be with us for many years and we need to be prepared for every scenario. That means giving careful consideration now to strategies that will help businesses regain their strength and build sustainability for the future.”