The recent Royal Commission into Aged Care Quality and Safety showed that future-proofing skills in the sector is crucial if it is to attain a level of effectiveness appropriate to an Australia where five per cent of the population may require residential aged care.

When Lavina Luboya was sworn in on the last day of the Melbourne hearings of the Royal Commission into Aged Care Quality and Safety in 2019, she spoke of faulty equipment, haphazard training, time pressures and chronic staff shortages — all of which meant safety considerations inevitably ended up “in the bin”.

“I’m considering other options because I’m always exhausted after my shifts,” she explained. “I worry that if I injure my back while I am young, I won’t be able to get a job after that. A lot of the people I work with are much older than me and they tell me to get out.”

Luboya’s was one of scores of stories emerging from the inquiry, which highlighted some of the clinical governance challenges confronting the sector and how these are being exacerbated by a worsening skills shortage. The final report of the Royal Commission, released in February, called for fundamental reform of the aged care system, the failings of which had been further laid bare during the pandemic.

Department of Health data reveals that of Australia’s 910 deaths from COVID-19, three- quarters (685) occurred in residential aged care. Among the report’s 148 recommendations was the establishment of a new aged care program “that is responsive to individual circumstances” and provides social supports, respite care and greater access to care at home. The report also called for a minimum quality and safety standard for staff time in residential aged care, and enhanced provider governance arrangements to ensure independence, accountability and transparency.

In May, the federal government announced a $17.7b aged care reform package, including funding to deliver additional Home Care packages ($6.5b) and boost frontline care for aged care residents ($3.9b).

Yet despite this significant investment, there remains much work to do, including the herculean tasks of attracting, training and retaining a skilled aged care workforce that is capable of meeting the predicted increased demand for aged care in future.

ACWIC CEO Louise O’Neill MAICD says a trebling of numbers of workers in the sector — from around 360,000 to nearly one million by 2050 — is required. “It’s going to be a really, really big pressure on the community,” she warns. “Our current aged care skill shortage is more acute in rural and remote areas, but [we’ll see it] creeping more into the metropolitan areas if we don’t remedy it now.”

It’s a formidable challenge in the current climate. Pummelled by the one-two punch of the Royal Commission followed by the pandemic, existing aged care workers are feeling “fatigued” and “forlorn”, says O’Neill, and the beleaguered sector is usually not top of mind. “We’re competing not only with other care industries, but we’re competing with the health industries, as well.”

Registered nurses, for instance, are more likely to pursue careers in critical and emergency care, which are considered more exciting and more lucrative, says Tamar Krebs, founder and executive director of Group Homes Australia. “Unfortunately, it’s not viewed as an attractive industry for young people to go into. Aged care doesn’t get the cream of the crop, it’s very much overlooked.”

This then creates pressures in other areas such as the health system, points out O’Neill. “If we don’t get staff in aged care, there’s going to be more hospitalisations of older people because there’s no-one to look after them in the community.”

Yet as the expectations of different generations drive a requirement for the sector to provide a higher level of care and service, more skilled workers — as well as higher numbers of them — will be required, she adds.

As a registered nurse who had moved into the ranks of management within a residential aged care organisation over her 24-year career, Tamar Krebs knew all the buzz words — “person-centred care”, “relationship- based care”. But she became increasingly disaffected by the lack of congruence between what was being said, and what was being done.

“When you have 200 people living under one roof and they all have to wake up at the same time, breakfast at the same time and be showered at the same time, it’s a task-focused environment,” she says. “It ends up feeling like a human warehouse where people are only seen as tasks rather than being celebrated as individuals.”

In 2012, Krebs founded Group Homes Australia, a model built around small homes in the community housing six to 10 residents living beyond a diagnosis of dementia. “If people can’t stay in their own home, they can stay in a home,” says Krebs. “It provides another level of choice.”

Currently, there are 12 operational homes and 11 under construction. Krebs’ vision is to grow Group Homes Australia right across the country, in line with increased support for development of “small household” models of accommodation being one of the key recommendations emerging from the aged care Royal Commission. The organisation employs 140 team members — which it calls “homemakers” — who are responsible for cooking, cleaning, personal care and engaging the residents in activities. One social worker is employed for every 12 homes, and one registered nurse for every three homes.

“It’s not just team members providing feeding, toileting and showering support to residents,” says Krebs. “You’re providing team members with a career pathway, giving them a vocation and a purpose, and they’re part of something much bigger than a list of tasks to tick.”

Ultimately, families and the broader community needed to place more value on aged care workers, says Krebs. “When family members are touring an aged care facility, instead of asking the most common questions — ‘What’s the care ratio?’ ‘What are the meals?’ Or ‘What are the activities?’ — people need to be asking questions like ‘How are you investing in the growth and development of your carers?’ and ‘Do you use regular staff or agency staff?’ This is a really important strategy and is underpinned by the culture and values of the organisation.”

Until two years ago, Group Homes Australia was in startup mode, but now the focus has shifted to systematising and scaling its operations.

A newly appointed board commenced on 1 July, Krebs moving from co- CEO to executive director and Jonathan Gavshon becoming the sole CEO.

“The industry is going through a bit of a storm, but I’d encourage people not to be afraid of that storm. There’s a lot of opportunity to see beauty and have a positive impact,” says Krebs.

Professor Kathy Eagar, director of the Australian Health Services Research Institute (AHSRI) at the University of Wollongong, says economic pressures have contributed to the deskilling of the aged care workforce, including lower than optimal staff numbers with less registered nurses in the ranks.

“We found a direct causal relationship between the staff number/skill mix, and quality and safety,” says Eager, speaking at an event organised by the Australian Institute of Health Innovation at Macquarie University.

According to Eagar’s analysis, published in the Medical Journal of Australia, 57.6 per cent of all Australian aged care residents live in facilities with inadequate staffing levels. The over-reliance on casual workers, which allows employers to dodge responsibility for providing training and professional development opportunities, is also problematic, she adds.

To meet future demands, aged care organisations will need to direct substantial investment into recruitment, development, performance management and capability. However, the country is experiencing a pronounced labour shortage, with Australian Bureau of Statistics (ABS) data released in June revealing that 27 per cent of businesses were having difficulty finding suitable staff. This inability to attract talent could mean exacerbating shortfalls in existing care, including lengthy waiting lists for home care, which will ultimately harm our vulnerable elderly. 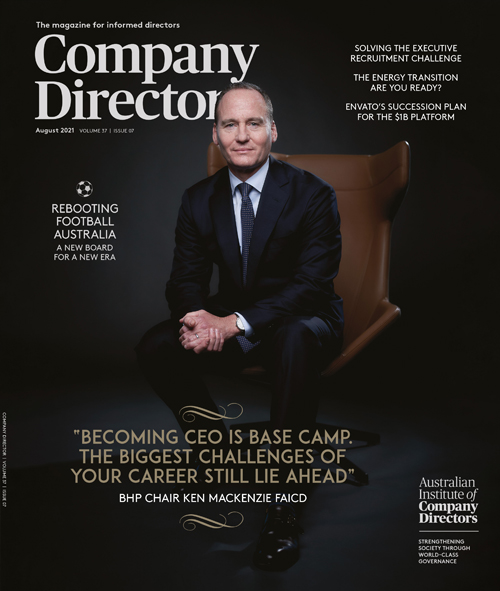 Caring for the carers

Wages and working conditions in the aged care sector needed to improve to retain current staff as well as attract new ones, says Cassandra Winzar, senior economist (WA) at the Committee for Economic Development of Australia. While there was no provision to increase staff wages in the May 2021 budget, three claims currently before the Fair Work Commission, seeking a 25 per cent pay increase for aged care workers, will be heard in November 2021. In a statement, Winzar said efforts must be made to broaden the workforce, with a particular focus on “attracting men, younger workers and those in adjacent industries likely to have transferable skills, such as tourism and hospitality”.

It’s a strategy ACWIC adopted with its Bring Your Thing social media campaign, launched in April, which seeks to inspire people in industries like hospitality to consider a career in aged care. People have many transferable skills,” says O’Neill. But as borders remain closed, she adds that a migrant workforce strategy is urgently needed. “[Because of the pandemic] we’re already missing a couple of years of people coming in to work in these industries.”

She notes good clinical governance involves listening to feedback from all stakeholders and thinking more creatively about how to deliver care. “Part of our role is helping [providers] understand the voices of the older people they provide services to, as well as their workforce, in order to make improvements and changes in the way they deliver their services.”

The $34m Centre for Growth and Translational Research in Aged Care is poised to transform aged care research. A Flinders University project team was selected to develop an operational model for the federal government-funded centre. It is due to open this year.

The National Skills Commission-led Care Workforce Labour Market Study is an in- depth study examining the factors affecting the supply and demand of care workers, with a view to growing this workforce. It will report by 30 September 2021. The Swinburne University Wellbeing Clinic for Older Adults was developed to address the emotional, psycho-social and mental wellbeing needs of older adults, especially those living in residential care, while also providing a practical training program for mental health professionals and students who are entering the workforce.

The Bidyadanga pilot program in WA supports remote- living Aboriginal and Torres Strait Islander people with dementia to remain in their community on traditional country through community education and strengthening capacity in the local workforce.

Whiddon’s award- winning MyLife model of care prioritises strong relationships between residents, clients and the employees who care for them. Staff support client wellbeing by getting to know who they are, what their life experiences are and what they are passionate about.

The Benetas SPARK traineeship program offers an innovative solution to identified workforce gaps in aged care. Since the program started in 2018, around 40 trainees have completed on-the-job training and attained formal qualifications. Many still work with Benetas.