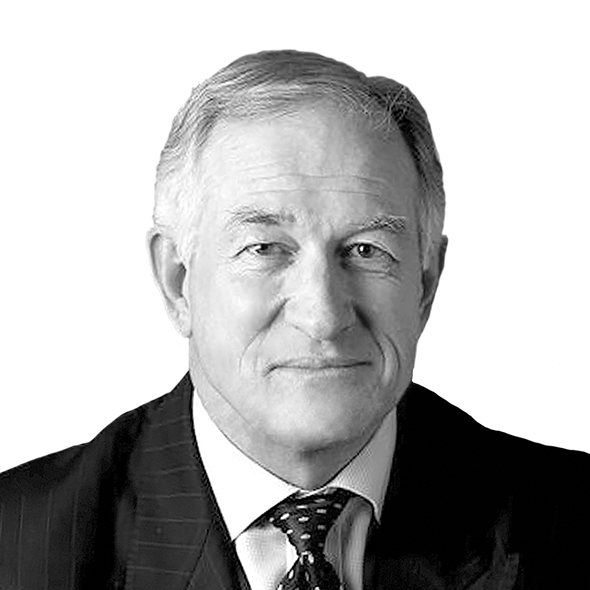 Graham Bradley AM FAICD, chair of HSBC Australia, Virgin Australia, EnergyAustralia and GrainCorp, contemplates the changes he has seen in five years of facilitating the AICD’s annual Essential Director Update.

It has been a great pleasure and privilege to facilitate the annual EDU for five years to 2020. Unarguably, the major change is that the role of directors of companies of all kinds has been subject to more intense scrutiny by investors, regulators, media and the general public than at any time in my 25-year career as a director.

This scrutiny has been driven by a number of factors, including the rise of activist shareholders, the increasingly important role of proxy advisers, a series of Royal Commissions that have put the spotlight on governance failures at some of our largest public companies as well as many not- for-profits, and rising community expectations for accountability on the part of businesses and business leaders.

Those rising community expectations have also highlighted a lack of clear understanding about the core roles and responsibilities of directors. This has led to expectations rising above what is realistic and reasonable under our current system of corporate law and governance.

The following five developments are the most significant:

Company directors have been subject to increasing calls for accountability from investors, regulators, proxy advisers and public inquiries such as the banking Royal Commission. This was epitomised by the “why not litigate” mantra — now partly disowned by ASIC — which raised the level of community expectations and scrutiny for company directors. Arguably, the media generated by the banking Royal Commission hearings turned out to be more significant in elevating expectations than did its ultimate report and the regulatory actions flowing from it, notwithstanding material fines imposed on some of our largest banks.

While this is not new, the increasing demands by investors and regulators for greater disclosure, particularly related to business risks, required enhanced focus by directors on the precision and nuances of all company statements. Directors have a certain paranoia about this. This is not new — the James Hardie and Centro cases set the trend 15 years ago. However, a challenge for directors is that the risk-averse language of corporate statements will lead to less, not better, information for investors.

Directors must consider the interests of a wide group of stakeholders, beyond shareholders, and must look to the medium to long term, not just the short term.

Much director attention has been applied to formalise and strengthen company policies such as codes of conduct, anti-bullying and anti- harassment, workplace practices, whistleblower protection and modern slavery. However, many directors feel as I do, that although helpful, these formal policies don’t get to the heart of good corporate culture. For most directors, it is still a work in progress as to how the board can effectively keep its finger on the pulse of a company’s culture. Critical elements such as how to foster a culture where employees are free to speak out when they see codes breached, or illegal or unauthorised behaviour, still has to evolve further.

Over the past five years, pressure groups have been using social media with great effect to pressure companies and their directors in their chosen cause. The immediacy of social media messaging and the need to respond quickly is a major change in the demands on company directors. It calls for more ad hoc consultations with management, more immediate than traditional board processes, to ensure disinformation is rebutted quickly and reputational damage contained.

This development will prove especially challenging for companies — and even for NFPs. Recent campaigns by climate activists to reach beyond climate risk disclosure — already covered by ASIC Principles and legislative requirements — and to impose policy and strategy changes on companies by targeting shareholder meetings and individual directors, are unlikely to abate. Also targeted will be financial and insurance organisations that serve and support operating businesses. This form of shareholder activism is unconcerned with profit outcomes and poses a significant challenge for directors in coming years — as will increasing use of legal processes to put pressure on boards. 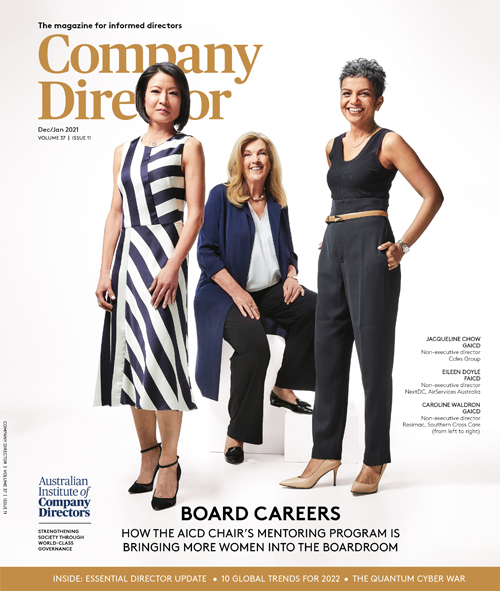 What has not changed

While these and other changes are making the role of the director more stressful and time-consuming, they must not distract directors from the fundamentals of good corporate governance and the director’s role in delivering it.

There are five fundamentals directors need to get right and should be their primary focus. These were the foundation stones of much that I’ve sought to convey in my EDU addresses. Directors must ensure that the company has the following in place:

The director’s role in delivering these outcomes has not changed. Delivering them is fundamental to fulfilling the duty of care and diligence required of all company directors as set out Section 180 of the Corporations Act 2001.

All directors must act in the best interests of the company. In doing so, it’s clear that directors must consider the interests of a wide group of stakeholders, beyond shareholders, and must look to the medium to long term, not just the short term. Taking care of employees, customers, suppliers and the communities in which companies operate is all part of sustaining long-term value for the shareholders.

At one level, the debate about whether companies must maintain a “social licence” is uncontestable. Since the mid-20th century, almost all businesses have required to operate under licences of many kinds, conferred and administered by government and regulators.

At another level, the concept of social licence to operate can be invoked in ways that may serve to distract directors from their primary role, whether in a commercial company or a NFP.

It will, in my view, serve to expose directors to an increasing range of narrow special interest groups seeking to impose their social or political objectives above those for which directors are the guardians of their organisations.

There is no doubt this debate will continue and it is an important one. Unless directors are clear and firm about the true nature, purpose and limits of their roles, it is a debate that may serve to further confuse, rather than clarify, the important role we directors play in our society.