Culture Sports governance Board and organisational culture Diversity Board composition

In June, Alex Blackwell MAICD, the most capped player in Australian women’s cricket, became the first woman elected to the board of Cricket NSW (CNSW) in its 159-year history. Just four months after ending a decorated 17-year sporting career, Blackwell transitioned to her new career in the boardroom.

Blackwell was the first woman director elected by members (until 2016, elected directors could only be drawn from a pool of 34 delegates, all but one of whom were male) and only the third female director in the board’s history. The first was former player and manager, and current executive director of the Bradman Foundation, Rina Hore; the second, current CNSW director and executive director of the Sydney Business Chamber, Patricia Forsythe FAICD.

Blackwell, the kid from Wagga Wagga got her start playing cricket with the boys from the age of six. “Sport was a big part of country life”, she says. But it wasn’t until her final two years of high school that she actually started playing women’s cricket. Over the next 17 years, she would play first Women’s National Cricket League, then internationally in the World Cup, Twenty20 (T20) and the Women’s Ashes. All up, Blackwell has played 251 games for Australia and is a five-times world champion cricketer.

At 35, Blackwell comes to her new task well prepared and with a clear sense of the wider social need for culture change. Blackwell brings that strategic nous to the Cricket NSW board, together with the determination and leadership that she displayed coming out as gay in 2012. Even at her first board meeting, she says she felt comfortable and had opportunities to contribute.

All players can be themselves

In 2012, Blackwell became an ambassador for Athlete Ally, a human rights group fighting to end homophobia and transphobia in sports. “For a large part of my career, I felt like that characteristic of me was hidden,” Blackwell says. “There was internalised homophobia because I didn’t speak about that part of my life; I didn’t feel it was something that would be celebrated.”

As the face of diversity and inclusion at the Cricket NSW board, Blackwell is blunt. True diversity goes beyond tolerance, she says. Blackwell wants her sport to celebrate the participation of women, gay men, lesbians, bisexuals, transsexuals and intersex athletes as cricketers, fans and leaders. Cricket is ready for the change, according to recent research by Victoria University on behalf of Cricket Victoria and Cricket Australia on attitudes to LGBTI inclusion — surveying cricket employees, players, coaches, administrators and volunteers. Emma Staples, Cricket Victoria marketing and community engagement manager, says she’s looking forward to working with Alex. “I look to Alex as a leader.”

“Sport is set up in a binary way,” Blackwell says. “It’s girls’ or boys’ teams, or it’s men’s or women’s. We have our trans brothers and sisters and intersex athletes. We need to not reject them.”

The Australian men’s cricket team has faced the worst of times in 2018 with a ball-tampering scandal that interrupted the careers of men’s captain Steve Smith, vice-captain David Warner and coach Darren Lehmann — although the latter was later cleared of any wrongdoing by a Cricket Australia inquiry. The governing body is now undergoing a review.

Blackwell says all cricketers must uphold the rules, but believes the pressure to perform means that cricket takes over players’ lives and they fail to see the big picture. “Not fully understanding how these actions will be viewed by the outside world was the part that was missing. It’s about bringing diverse thinking to [cricketers] and being mindful of them developing and growing as people, not just as people who can hit the ball a long way. That win-at-all-costs mentality is extremely dangerous and I would hope that sports teams (and any team) measure winning in diverse ways.”

She says this can include setting good examples of respect and inclusion to the rest of society, making a difference and leaving a positive mark on the places where the team travels — and inspiring more children to be active. 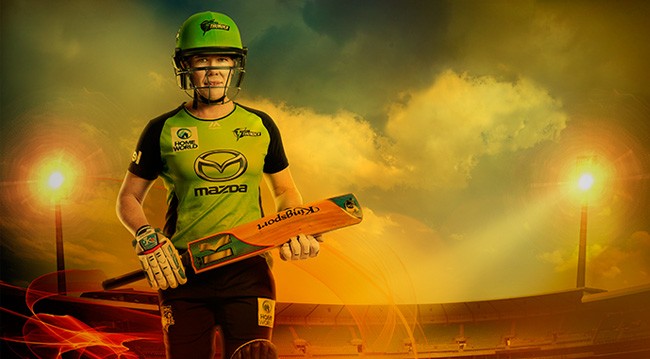 “This ties in with having a bold, ambitious and clear vision and purpose for the team that extends beyond winning trophies to something with greater depth,” she says. “The All Blacks have done this well.”

Change and diversity is more straightforward than directors might think, argues Blackwell. Just being at the board table will foster change, she believes. “I look different. I am a woman. I am younger. I’m from the high-performance cricket community,” she says.

For directors struggling to respond to the demands for diversity, Blackwell advises opening the doors, so change happens naturally. “Once I’m sitting in that room, my presence creates a shift in mindset. It signals to directors that we have to consider women’s premier cricket rather than just talking about men’s premier cricket. I’m not always the one asking the questions about women and girls, or inclusion and diversity.”

As Blackwell settles in to her new role, she has had some mentoring support from former CNSW director Rina Hore and current CEO Andrew Jones. Blackwell, who benefited from a Women Leaders in Sport grant, says Hore has been a great sounding board, while Jones had already suggested she position herself for board roles, for example by completing the AICD Company Directors Course. “It gave me confidence that I have what it takes to be an effective board member, even though I haven’t sat on boards before.”

Success in cricket and in life requires an ability to seek out and be in discomfort.

Lessons from the field

Change isn’t always comfortable, but Blackwell is prepared. “Success in cricket and in life requires an ability to seek out and be in discomfort,” she says. “Two years ago, I was tapped on the shoulder by the Australian selectors, uncertain about my future in the T20 team. It was tough to hear, but I was able to embrace that feedback — it gave me absolute clarity as to what I needed to work on.” Handling change depends on the story we tell ourselves about it, she adds. “What meaning am I placing on that feedback? Are they just picking on me? Do they want to see the back of me? That could have been the story. But my story was, wow, they’ve given me such clarity. I’m choosing discomfort by stepping up onto this board, something I’ve not done before. I choose to tell myself that this is an amazing expansion of my world and that I’m very excited about it.”

Meanwhile, Blackwell is maintaining her cricketing skills, continuing to play in the Women’s Big Bash League for Sydney Thunder. “I’ve had a remarkable career as a player and I’m more involved in the sport than ever before. I’m excited by that.”

Going into bat for culture

It’s been a rugged innings for the board of Cricket Australia.

A win-at-all-costs mentality contributed to the ball-tampering scandal in the Australian men’s cricket team in March, leaving the crisis management skills of the Cricket Australia board and executive team found wanting. It also raised questions of the board’s oversight of culture and talent. The scandal came months after a bruising pay battle between the board and the Australian Cricketers’ Association.

The fallout has been extensive — damaged reputation, the loss of lucrative sponsorship deals, and departing directors and chief executive.

Cricket Australia has remained in the headlines after the exit of its CEO James Sutherland — replaced by former Sheffield Shield cricketer Kevin Roberts in October — and respected director Bob Every AO, who stepped down in May, five months before the end of his three-year term.

Since the disastrous tour of South Africa, CA charged The Ethics Centre with conducting an extensive review into the conduct and culture of the Australian men’s team. In the wake of the review, released on 29 October, chairman David Peever resigned and Earl Eddings was appointed interim chair.

Culture Sports governance Board and organisational culture Diversity Board composition