Andrea Myles, co-founder and CEO of the China Australia Millennial Project (CAMP) offers some insights for directors on how to make the most of this growing opportunity.

CAMPx2018 is a 100-day cross-border innovation training program that brings together 100 young Chinese and Australian leaders to learn design-thinking, up-skill cross-cultural leadership and create solutions to global issues. We began CAMP (now in its third year) because we could see the Australian market had not tweaked to the elephant in the room — the rise of innovative China. According to the International Monetary Fund, Australia’s economy is approximately five per cent the size of China’s. With the Chinese economy growing at three times the rate of Australia’s, the key to future prosperity is to have our bright young minds deeply networked with their Chinese peers. 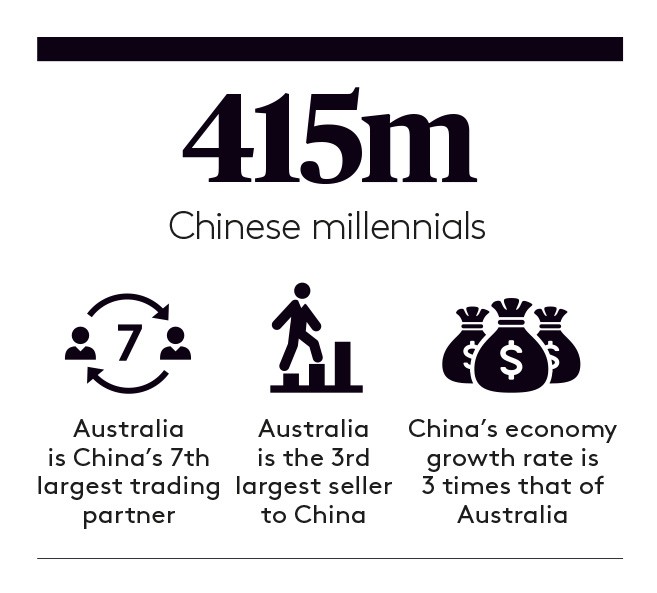 When we started, people said we were “crazy-brave” for even attempting this. We were testing whether we could get 100 people aged 18–40 for 100 days into a part-time online and offline innovation accelerator program. We wanted them to be 50/50 Chinese and Australian nationals, and 50/50 female and male, and from all different industries. We wanted to test what could happen if we collide these bright minds. Could we not only avoid a major diplomatic incident but create functional, global businesses and startups?

Wide-eyed, we were testing the thesis, “What would happen if you got Alibaba’s Jack Ma and Facebook’s Mark Zuckerberg in a room together at age 25 and invited them to collaborate and build a startup over 100 days? What innovation would they come up with?”

So far, 300 people have graduated through the program and created a new movement of supporters across borders, without diplomatic faux pas. Shortly, we will be launching a tech platform to expand CAMP’s reach to connect a network of 100,000 Australians and Chinese. We’re also launching a global tasking platform to help corporates globally surf the tsunami of a disrupted century by engaging the brain power of Chinese millennials via feedback on new products, marketing campaigns, and more.

They also create a new movement, a resilient, trusted network that is able to problem solve, wrangle with ideas and challenge each other with a twinkle in their eye.

It turns out the CAMPers don’t just start brilliant startups like Elumin8 — an IoT smart lamp that tells you how much energy your household is using — or CityQuest, a “Groupon meets Pokémon GO” app that increases foot traffic across smart cities. They also create a new movement, a resilient, trusted network able to problem-solve, wrangle with ideas and challenge each other with a twinkle in their eye. We’ve gone from butcher’s paper on a wall in Surry Hills to a multimillion-dollar business with four pillars aimed at expanding business opportunities with China.

Aside from CAMP, which networks leaders under 40 with their counterparts in China and gives them an innovation and entrepreneurship toolkit, we have an insights arm that does a yearly national survey of the two million Chinese millennial customers in Australia.

We also do community- and customer-led engagement and pop-up events to test new ideas in market, and CAMPLab helps Fortune 500/ASX 200 companies find fresh approaches to engage in future-focused business with China. 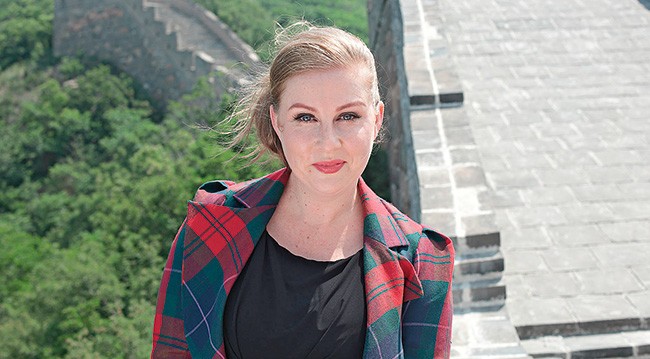 Diversity as the engine of innovation

In Australia, we view diversity as “nice to have”, neglecting the opportunity to use it as the engine of innovation.

Australian businesses large enough to have an innovation arm as well as a diversity strategy can gain by colliding these initiatives and placing the results at the heart of business as usual.

We don’t begin by focusing on differences as, in fact, we are far more alike than we are different. Everyone is at a similar life stage; we’re digital natives and from there we establish shared value. The counterpoints of shared value and diversity are our secret sauces. It sounds counter-intuitive, but like Vegemite and avocado, when we get the mix right, weirdly, it just works.

We ask CAMP delegates to select an industry project in which they hold deep interest. They choose this from 15 different verticals, determined by the overlap of China’s 13th five-year plan (where innovation and global industry collaboration feature heavily) and Australia’s national strengths such as education, tourism, retail, food, SME’s ageing population management and so on.

Tools to get stuff done

CAMP is powered by a team of bilingual multicultural leaders all under 40. Our partners include Alibaba, Macquarie University, EY, Wesfarmers, Country Garden Australia, David Jones, Austrade and an army of supporters who share a bold vision of the China-Australia relationship.

The team is remotely based, with staff in our Beijing, Sydney, Canberra and Brisbane offices.

On a daily basis, I’m switching between digital platforms and complete 80 per cent of my CEO work on my mobile phone, largely on the WeChat, Trello-esque platform Teambition and Zoom (like Skype, but better I think).

We find that Zoom’s ability to host group video calls, even in low bandwidth conditions, is an essential part of maintaining team cohesion, rapport and empathy, especially when we’re under the pump and working hard across borders.

Disrupt or be disrupted

As with everything in China, nothing can be understood as a monolith, and nuance is key. There is not one Chinese millennial but several hundred different personas one could identify, based on class, location, education, urban/regional divide and so on. It is safe to say that Chinese millennials will disrupt your business. The question is when, and will you choose to collaborate with them early or hesitate and bear the brunt?

Brand reputation goes up by the stairs and down by the lift, and political controversy has recently seen Australia descend a few floors. I would love to see Australia engage in the 21st century with our eyes wide open and be bolder when it comes to engaging with this educated, upwardly mobile world-shaping demographic.