How low will interest rates go? Three cuts in June, July and October 2019 took the cash rate to a record low of 0.75 per cent. Even as the Reserve Bank board decided on October’s cut, it conceded that at very low rates, monetary policy might have become less effective, and it was worried about the negative impact on the income and confidence of savers. Undaunted, financial markets continue to price in a good chance of at least one more rate cut in the first half of 2020, possibly as early as February. Some economists expect the cash rate to hit 0.25 per cent before year’s end. With RBA Governor Philip Lowe confirming in a speech on 26 November that 0.25 per cent is the cash rate’s effective lower bound (ELB), we look destined to come very close to the trigger point for unconventional monetary policy in 2020.

Conventional monetary policy involves the RBA adjusting the cash rate to influence other interest rates in the economy and thereby impact output, employment and inflation. But once the policy rate reaches the ELB, a central bank must turn to unconventional monetary policy tools (UMPTs) if it wants to deliver additional stimulus. International experience has seen a range of UMPTs deployed, including: negative policy rates with the central bank charging, rather than paying, interest on commercial bank reserves; forward guidance via the provision of detailed information about the likely future path of the policy rate, conditional on specific calendar- or data-based conditions; central bank lending operations to provide ample liquidity to financial institutions at favourable rates; Quantitative Easting (QE) via large-scale purchases of government securities funded by an increase in central bank reserves, aimed at lowering risk-free interest rates; the expansion of QE to include private sector assets such as mortgage-backed securities or corporate bonds; and foreign exchange market intervention to drive down the exchange rate. 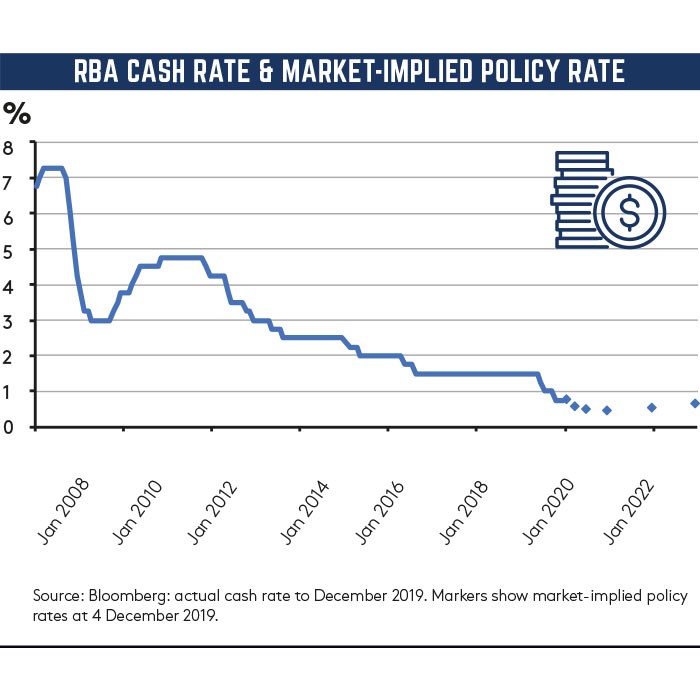 In his speech, Lowe assessed several of these options, drawing on a study conducted by the Bank for International Settlements. His view was that while the available evidence offered strong support for some UMPTs as a means of supporting financially stressed and crisis-hit economies, the evidence for other positive effects was less compelling. Lowe also cautioned that they came with a range of potentially problematic side effects, including risking undermining the incentives of other actors in the economy to act in appropriate ways, distorting lending decisions and blurring the lines between fiscal and monetary policy. He argued that a package of UMPTs dominated any single policy, with a premium on the clear communication of central bank actions.

Lowe also effectively ruled out several of the UMPTs described above. He noted that Australia’s financial markets were operating normally, obviating the need for unconventional lending operations; stressed that “negative interest rates in Australia are extraordinarily unlikely” — not least because he found the international evidence on their efficacy unconvincing; and stated that the RBA had “no appetite to undertake outright purchases of private sector assets”. He conceded QE (in the form of the purchase of Commonwealth and state government bonds) would become an option once the cash rate hit the ELB. Even that would be a necessary but not sufficient condition, with the RBA only likely to activate QE if the economy was also moving away from its goals for full employment and inflation. Lowe emphasised repeatedly that in his view, QE was a highly unlikely contingency for the RBA, noting: “QE is not on our agenda at this point in time” and adding that although the time could come when QE would be useful, “we are not at that point and I don’t expect us to get there”.

All of which seems quite clear in setting the likely path of policy this year.

However, the RBA’s own forecasts suggest both unemployment and inflation will still not be where the central bank would like by the end of 2021. If that turns out to be the case, the pressure for additional monetary stimulus will remain. Moreover, that pressure would increase markedly in the event of any adverse shock hitting the economy. Granted, Canberra could yet choose to deploy its own fiscal policy tools more aggressively — but if it doesn’t, the odds of Australia experiencing its first bout of unconventional monetary policy this year or next are on the rise, despite the RBA’s misgivings.