Cabrini Health on growth, governance and helping the community

While one of Victoria's largest hospital providers navigates competition, succession planning, and technology disruption, they haven't forgotten their purpose: to help the needy.

From modest beginnings in 1948, Victoria’s Cabrini Health is now a major private hospital provider and one of Australia’s largest not-for-profit (NFP) health resources with an annual budget of around $500 million.

This is an era when the bona fides of charities and non-profits are sometimes questioned, largely because public governance scandals have eroded civic confidence. Recent examples include allegations of sexual misconduct among Oxfam employees in the wake of the 2010 Haiti earthquake, and the financial collapse of the UK charity Kids Company after allegations of physical and sexual assault.

The Cabrini Foundation raised $8.7m in the 2016–17 financial year and Cabrini maintains its focus on good governance standards with a 13-member volunteer board that includes big-four accounting partners and a Queen’s Counsel. Its annual report to the Australian Charities and Not-for-profits Commission (ACNC) shows a $25m investment in new building and equipment.

Cabrini Health is not a simple organisation to govern. As of June 2017, Cabrini employed 4657 staff (including more than 200 volunteers), and 1400 consulting doctors use its facilities (doctors are not on staff). The service has 11 sites across Melbourne and manages 832 beds across five of these sites. 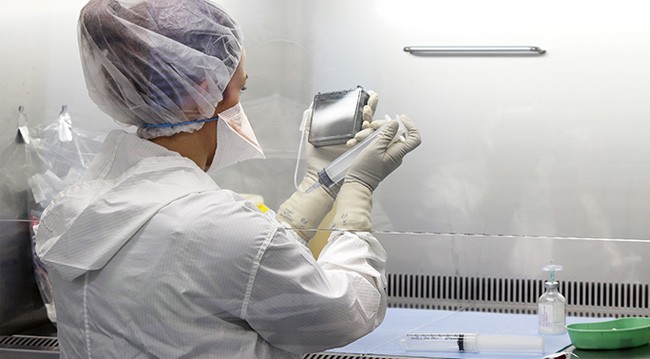 Cabrini faces extra complexities. It is beholden to the mission of its founders, a Catholic charitable group in New York, the Missionary Sisters of the Sacred Heart of Jesus, but the demographics of its patients have changed radically since 1948. The private healthcare market is competitive and strongly regulated, and the whole sector is shifting towards in-home care. Also, both operational and medical technology is evolving at lightning speed.

Cabrini chair Richard Rogers keeps his focus simple. “Patient care and patient safety are top of my agenda. So, too, is the physical redevelopment of the hospital,” he says. Incoming chair Sylvia Falzon FAICD — also on the boards of Suncorp, Perpetual, Regis Healthcare and Premier Investments, and chair of the Cabrini Foundation — who takes over from Rogers later this year, will focus on completing the $120m Gandel Wing. She also faces another big challenge: replacing CEO Dr Michael Walsh when he retires after almost 10 years in the role.

These are weighty governance concerns. The Cabrini Malvern’s Gandel Wing and other building upgrades are designed to address Cabrini’s falling business growth metrics in the long term. Eight out of 10 metrics published in the 2016–17 annual report show Cabrini’s performance has fallen. These include a drop in inpatient care episodes, emergency attendances and admissions, day treatment for cancer patients, and fewer bed-days in its rehabilitation facilities. Medical imaging procedures and surgical operations are the two rising metrics.

There are several reasons for the performance slide, which is occurring across the private hospital sector generally. They include public hospitals “competing” for privately insured patients, new and expanding private hospital competitors, a plateau in the uptake of private health insurance, and more people preferring home care.

The organisation must also attract and retain the best consulting doctors, who influence where patients are treated. The new facilities will help. In the short term, however, the building programs have reduced the number of inpatient beds and displaced some doctors’ suites.

Cabrini Technology installs, repairs, maintains and calibrates advanced health and IT equipment. It is a revenue generator, selling its services to other health providers. It is also an early adopter of the government My Health Record digital patient record system. Walsh says, “We have to find the money for these investments.”

Cabrini must specialise to some degree in order to attract the best consultants. It is the second biggest oncology treatment service (after the Peter MacCallum Cancer Centre). In 2016–17, its patients participated in 46 cancer trials and Cabrini became one of the first hospitals to introduce the “cold cap” — the scalp-cooling technology that helps people avoid the added distress of losing their hair during cancer treatment.

Rogers says Cabrini’s NFP status keeps the board focused on the reason for its existence: benefiting the needy in the community. However, the irony of its location — among some of Melbourne’s richest suburbs — is not lost on Rogers. “You could very well ask, what is Cabrini doing about its mission when you’re currently servicing the highest-income area of the community?”

Rogers adds that not all people who live around the hospital are wealthy. Also, by generating a profit, Cabrini can run outreach programs. Cabrini spends about two per cent of its $500m annual expenditure on such work. In April 2017, the Cabrini Asylum Seeker and Refugee Health Hub opened in the multi-ethnic suburb of Brunswick. Refugees do not get a Medicare card until their application is accepted. Cabrini’s doctors offer general medical services and will soon extend these to mental health services.

A model of chair succession planning

From the moment Rogers became chair of Cabrini, more than three years ago, he began searching for his replacement. Rogers says, “I have a one-on-one, 90-minute interview with each board member every year. For the first two years, the question I asked was: ‘Are you interested in becoming the chair? If not, who currently sits on the board that you think it would be a good chair?’”

Falzon, whose background is in financial services, joined the board in 2010. She admits she was inclined to push back when Rogers canvassed succession. “Ambition to be the chair is not relevant,” she says. What matters is who the board members support for the role, Falzon says.

The Cabrini board has no deputy; anyone on the board could step into the chair role, Falzon says. She applauds Rogers’ approach. The challenge, however, is to keep the board open to a possible change in succession at the last minute, should the organisation need it.

Falzon, whose parents emigrated from Malta, joined Cabrini because of its past care of migrants and because she prefers the challenges of regulated industries. She has a fixed term of three years. She says the governance of for-profits differs from not-for-profits in only one way — accountability to shareholders. In her view, NFPs should follow all the other corporate governance guidelines of the Australian Securities Exchange

17,506 people with disabilities had equipment supplied or serviced at their home

National priorities are the health and wellbeing of asylum seekers, refugees and Indigenous Australians