Australia observes National NAIDOC Week this week (July 3-10) and Indigenous history, culture and achievements are being celebrated nationwide. One of the most significant new ventures is the return of a site on the Bunya mountains in Queensland to Indigenous groups which gives them hope and security for the future. 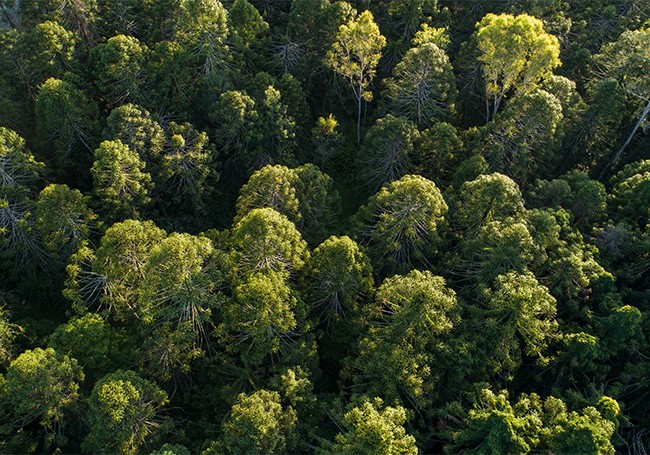 It’s a sacred place of songlines, feasting, ceremonies and lawmaking which has been returned to traditional custodians who used it for tens of thousands of years before they lost access. Now it will become a tourism and cultural destination and bush university for all Australians to visit and enjoy with education from Indigenous rangers.

The Bunya Mountains in southern Queensland are home to bunya pine nut trees which every three years attracted thousands of Aboriginal people from hundreds of kilometres away to follow songlines and gather for a festival harvest and feast.

Bunya People’s Aboriginal Corporation (BPAC) chair Lurlene Henderson said being granted a permanent base on the mountain by the Indigenous Land and Sea Corporation (ILSC) in March this year would help them re-establish connection to country and cultural traditions, including fire practices.

“This allows us to earn income from our new independent tourism venture. It’s great and everybody thinks it’s just wonderful,” she told the AICD in an interview. “It gives our people hope and security for the future. It gives us an Indigenous business footprint on the mountain for our culture that we can operate and develop. We can put Indigenous people in those businesses and into well-paid jobs.”

For First Nations people, the Bunyas are the Parliament House of their society and there are plans to revive the triennial Bunya Festival and all the traditions around it. It was the largest and most significant gathering of Aboriginal people in Queensland—and possibly all of Australia.

A residential camping site, ‘Camp Bunya’, is being developed on the mountain with about five hectares of land bought by the ILSC from the Presbyterian Church for use by BPAC.

“It has been an aspiration for many years for all traditional custodians of the region to have recognition of the important cultural significance of the Bunya Mountains, and to have our footprint on the mountain is essential for the continuity of Aboriginal culture and traditions,” said Henderson.

“The Bunya mountains is a very culturally sensitive space for many Aboriginal people and is now recognised by many Australians as a place of healing and spiritual connection, with its unique physical environment in our country.”

Since 2009, the Bunya Peoples’ Aboriginal Corporation (BPAC) (first established as Bunya Mountains Elders Council) has sustained the country and culture of the site. In 2010, Bunya peoples from more than 20 traditional custodian groups held a series of forums and planning meetings, and as a result, released a roadmap for their aspirations. Bonye Bu’ru Booburrgan Ngmmunge aims to revitalise country and culture, including the festival, and shows the resilience of sustaining governance arrangements despite devastating disruption.

More than half a million dollars from the Queensland Department of Tourism has also funded a bush university on the site: a sculptural meeting ground; a 'genestreams songline' artwork; and walking tracks and landscaping. The funding also covered uniforms and training for tour guides.

The sculpture takes the form of a 120-metre-long rock and concrete rainbow serpent. Within the three coils of the serpent there are sections for women’s business, men’s business and a central performance space.

In April, at a large ceremony attended by 120 invited people, the Bonye Bush University was launched. “For many years the traditional custodians of the region have sought recognition of the important cultural significance of the Bunya Mountains. Having a footprint on the mountains gives us recognition of this culturally sensitive space, and enables us to connect spiritually, and to heal,” said Henderson. 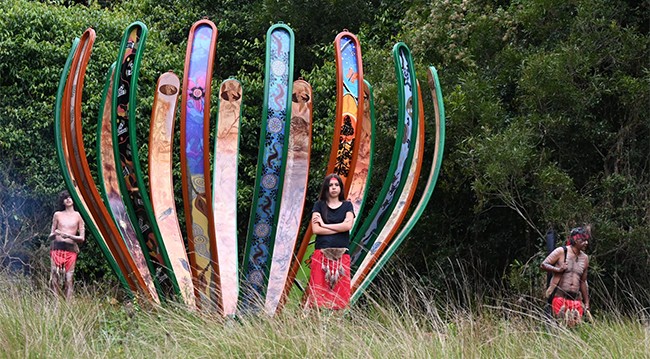 The tourism business, to be launched in the second half of this year, will allow schoolchildren who are both Indigenous and non-Indigenous and other tourists to visit the site with Indigenous rangers and tour guides and learn about culture.

“We have so many overseas visitors coming to southern Queensland and asking to see Aboriginal culture,” said Henderson.

“Demand for this sort of tourism is there and it is coming from everywhere,” said Henderson. “It is really important for the younger generations. We are hoping it will get kids back home on country, both black and white kids. It will be open to all schools. It’s important that all people learn a bit of our culture, so that there is more understanding as those kids grow older.”

Henderson said she works closely with the BPAC General Manager Paul Dawson, who has worked there for nearly five years with all the traditional owners, and she and Dawson conduct weekly meetings.

“He does the administration but he runs everything past me first,” said Henderson. “He also brings papers to the board meeting and we keep eye on things. Anytime any issues arise where we have to have stakeholder meetings - and we do have meetings with traditional owners - then we work out what we are going to do and how.”

Henderson said the hardest thing she has had to do as chair is manage stakeholders and traditional owners. “Over time we have had different people come in and want to be on our board for the wrong reasons. They wanted personal gain.”

However, the current business model developed in consultation with the area’s elders allows the functioning of caring for country in a way that is funded by the federal government and allows access for all Australians, she added.