West Australian technology company Power Ledger is using blockchain-based solutions to give individuals and communities access to low-cost, reliable and renewable electricity. The Power Ledger approach fuses blockchain with energy markets, facilitating peer-to-peer energy trading where renewable energy can be sold between buyers and sellers without an intermediary.

The idea was born when founder and chair Jemma Green discovered apartments in Australia didn’t have easy access to renewable energy.

“I tried to solve this problem by opening up the energy market so people in apartment buildings could trade energy between themselves, without the need for a third party,” says Green.

Power Ledger was set up in 2016 by Green and co-founder and managing director David Martin, who has been working in energy networks for two decades. “Like me, Dave saw that the energy network has a structural problem and because of the uptake in renewables, the network is being used less. This means the people left using the grid are paying more. He saw that the blockchain could encourage more trading across the network.”

Power Ledger raised $34m in October 2017, in one of Australia’s first initial coin offerings. Its energy trading platform is currently being trialled across Australia and the US. In one trial involving Curtin University, Synergy, Western Power and energyOS, up to 40 households in Fremantle, WA are part of a trial trading solar energy generated from their rooftops with their neighbours.

“We’re taking what was an application and turning it into a platform that other people can access and deploy for their own needs, with the existing infrastructure. The trials we’ve done were about proving the different application models, so other people can monetise their involvement in trading while simultaneously allowing their consumers to monetise their investment in distributed renewables,” she says.

“The market for electricity is huge, more than 70 per cent of the world’s population,” says Green.

Power to the people 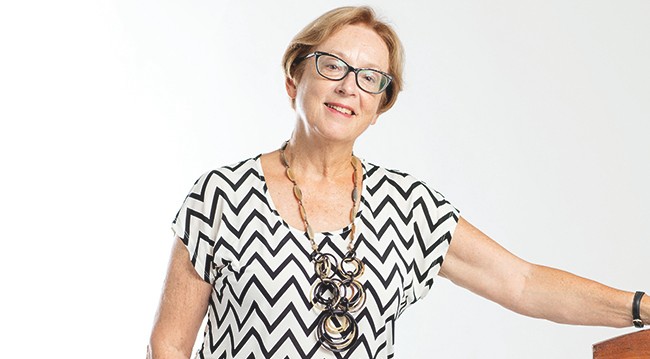 Founded in 2015, Enova was a response to community concerns about climate change and a desire to do something practical in the face of government’s inaction, says chair Alison Crook AO FAICD.

There are some 130,000 households in the Northern Rivers spending over $300m with large energy companies annually.

Enova’s first capital raise totalled $4m, approximately 70 per cent from the local region. It now has a licence for the National Electricity Market covering all states except Victoria (due 2019–20) and currently has more than 5200 customers.

Enova is a public unlisted company with shareholders — and a social enterprise. It is set up with a holding company and a wholly owned proprietary limited retailing arm, plus a NFP registered charitable company limited by guarantee.

Enova aims to feed 50 per cent of profits back to communities through its NFP arm. Its revenue in 2017–18 was $5.4m, and while not yet in profit, Crook expects revenues to reach close to $9m in 2018–19 and for it to move into profit in 2019–20. Enova launched an equity crowdfunding campaign in August, raising $1m.

Enova has put to government policies to help support the growth of smaller energy retailers, which it believes are necessarily part of fixing Australia’s energy future. “With more people installing solar, it’s possible for communities to own, control and share energy, and be increasingly self-sufficient,” she says.