How to build organisational resilience

Resilience NSW chief Shane Fitzsimmons AFSM says the key to building resilience is planning and preparing for disaster scenarios at a local level. But first we have to combat complacent attitudes towards risk.

Shane Fitzsimmons was sceptical when informed he’d be heading an organisation called Resilience NSW. “When the government first approached me, it was actually about taking on an organisation focused on disaster and emergency management,” recalls the former commissioner of the NSW Rural Fire Service (RFS). “Then this word ‘resilience’ crept in, right at the end when it was all announced.”

Fitzsimmons was upfront. “I said, ‘No-one’s going to bloody understand what that means. If it’s about disaster, let’s call it that.”

The current NSW Australian of the Year, at time of publication, Fitzsimmons was a favourite for the 2021 national Australian of the Year award. After 35 years in the RFS, the past 12 in the top job, Fitzsimmons signed off as chief on 30 April 2020 and the next day took up the role as commissioner of the new executive agency within the NSW Department of Premier and Cabinet. With the move came a massive remit encompassing the gamut of natural, accidental and manmade emergencies — from prevention to recovery.

In the hectic months since, he’s been juggling multiple responsibilities — devising a strategy and a structure for the new whole-of-government agency, while simultaneously working with communities still grappling with the impact and recovery from the 2019–20 bushfires. The fires came on the back of one of the worst droughts in memory, which broke with storms and flooding. Encompassing all was the confounding impact and uncertainty of the COVID-19 crisis. “A lot of NSW communities have experienced all four,” says Fitzsimmons. Along the way he’s learned that “everyone has a view and an interest in resilience”.

As the first sparks of the 2020–21 bushfire season flew, Fitzsimmons had secured an operating budget, a strategy on a page, priority governance elements and an organisational structure for Resilience NSW, although much of the detail was still to be ratified.

Ads for senior executive team members to oversee five broad directorates — strategy, policy, programs and service delivery, operational management and partnerships — to action the state’s emergency and disaster management framework were posted in December. The balance of the agency’s teams, totalling around 200 employees, is expected to be in place by midyear.

A critical part of Resilience NSW’s role is about cohesion, he says. “Our role is to make sure resilience has been factored into everything, from planning decisions and new land releases — where do we allow communities to establish and grow? — through to investment decisions around open and community spaces, large buildings, infrastructure, pipelines, bridges, telecommunications and data, power...”

The agency is also the primary conduit for connecting nationally with Home Affairs and the Australian Defence Force, along with other states and territories. Much time has been spent looking at the work of statutory bodies, existing partnerships, agreements and engagements across government and with industry, business, not-for-profits and charitable organisations “to determine if they are competing or creating gaps”.

“How do we leverage existing government networks, like Service NSW, the state’s interface to millions of citizens through online and face-to-face services, and not replicate or duplicate effort?” 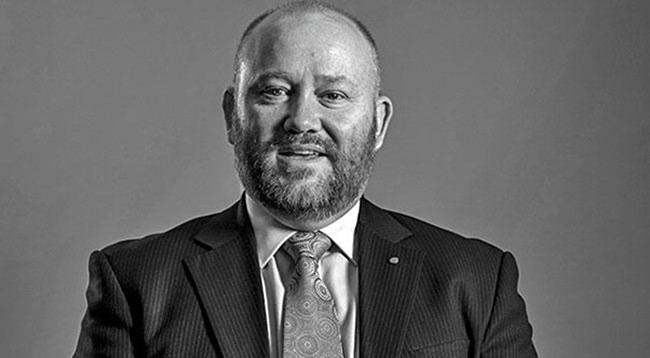 Governance has been a priority from day one for dealing with the welfare and performance of people in stressful, difficult operating environments, and particularly around the finance and investment delivery processes.

“We’re responsible for the distribution of a record amount of grants and recovery support — about $4 billion in bushfire assistance alone — so one of the first things we did was set up audit and risk committees to review basic operating policy constructs for service delivery on a scale we haven’t seen before. So we can assess the effectiveness and probity of delivery of programs and how our people are working,” says Fitzsimmons.

Stakeholder feedback has uncovered “a wonderful opportunity” to be an organisation that builds resilience through local empowerment via councils and local communities. “The best planning, response, recovery and rebuilding will be locally led.”

Determining priorities could be mind-boggling, but Fitzsimmons’ background has prepared him. “Priorities matter differently to different parts of the community,” he says.

In continuing natural disaster recovery efforts, for instance: “There are levels of consistency across the state around the commonality of challenges resulting from damage and disruption and despair and tragedy, but everybody’s individual circumstances, business circumstances and community profiles differ from place to place,” he says. Our policies and programs have to be nuanced and flexible enough to accommodate those differences.”

The biggest challenge in upscaling resilience is complacency, according to Fitzsimmons and he calls out that familiar Aussie saying: “She’ll be right, mate. No worries.”

In disaster-affected communities, research shows that people know they live in high fire-prone areas, he says, but then are surprised when they’re actually impacted by a fire. The same is true in flood-prone areas. “We have to bust down this lethargy,” he says. Organisations and individuals need to take assessing and personalising our risk assessments, vulnerabilities and exposure to impacts and disruptions seriously. Boards and businesses, in particular, must focus on dependence on power and data networks.

A standout example materialised as bushfires burned in the first days of January last year and tens of thousands of people were evacuated from the NSW South Coast. Media headlines announced many towns had run out of fuel. “There was lots of fuel in the ground,” says Fitzsimmons. “But service stations had no contingency or back-up plans to operate the bowsers in a power outage.” The RFS supported bringing in generators, but the crisis compounded when almost no-one could pay because ATMs failed to work.

Fitzsimmons keeps his messaging straight-forward. Have scenarios. Share your plan. Document that plan. And, importantly for businesses, know what leadership will do in the event of uncertain times or tragedy.

He believes the pandemic may have been helpful in bringing home that message. “COVID-19 has forced us all to think about how we connect and how processes work in a restricted environment. Forward thinking from that should translate into how we plan and prepare ourselves.”

Fitzsimmons stayed longer at the RFS than expected to head the state’s long bushfire emergency effort — a role that earned him widespread respect and recognition as a straight-talking, tireless presence in the face of shocking adversity. Having lost his firefighter father, George, in 2000 when a hazard reduction burn in Ku-ring-gai Chase National Park got out of control, Fitzsimmons' authenticity was arresting in his personal distress as he announced loss of lives — 26 in total, including frontline volunteers and firefighters — and in publicly admitting his disappointment and frustration when the prime minister failed to communicate, ahead of a media announcement, that army reservists were being deployed to help with the crisis.

Lessons in leadership are everywhere, insists Fitzsimmons. “Every time you have an experience or observe others, you instinctively look for what you admired, liked or how it made you feel. The key for me is to identify those positive traits and work out how to apply them in my own way.”

Looking beyond inspiring examples is also helpful, he says. “There’s a scorecard of the positive things you want to emulate and the other side where you say I’m going to do my damnedest to make sure I don’t do that.”

Being part of an emergency volunteer organisation since his early teens, where “domineering, arrogant, obnoxious, authoritative leadership won’t cut it”, was fertile territory for learning about diversity, consultation, collaboration, engagement and teamwork. “[Volunteers have] a remarkable ability, if they don’t feel valued, included or listened to, to tell you to get stuffed, and give their time where they feel they better belong”.

Above all, leaders must make decisions and take action, he concludes. Inaction is a huge demotivator. “People are happier with decisions they don’t like, but that are explained, than no decision at all. Paralysis through analysis is a real thing. And the pursuit of perfection, in forming a decision, comes at the expense of progress.”