Analysis of ASX 300 data released today by the Australian Institute of Company Directors (AICD) reveals 53 per cent of women non-executive directors (NEDs) appointed in the past year are entering the index for the first time.

“We anticipate these trends will continue while boards maintain a focus on diversifying talent and accessing the broadest talent pool”, Ms Petschler said.

In disappointing news, an all-male board has entered the ASX 200 following the most recent rebalance of the index. There had been no all-male boards at Australia’s top 200 companies since August 2021.

The AICD encourages all organisations to embrace a 40:40:20 model of board gender diversity, where boards have at least 40 per cent women directors and 40 per cent men directors, as good practice. 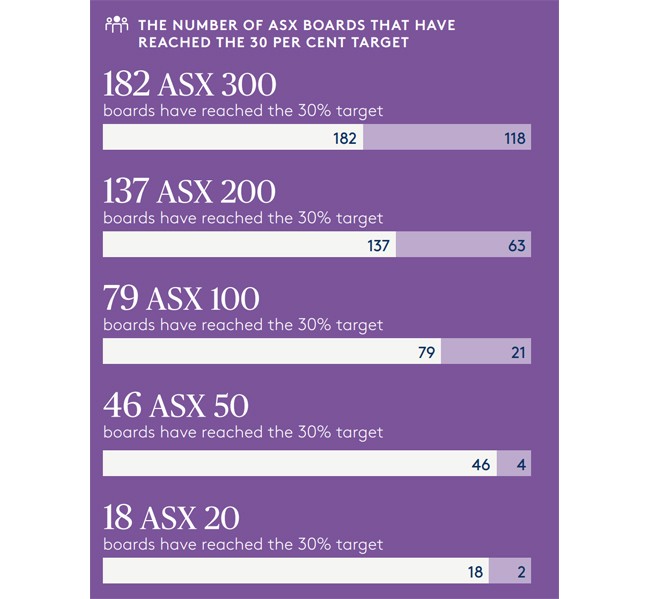