Heather Ridout AO on the future of super

The Australian share market topped 6875 points in July, the highest levels since the 2008 GFC, before slumping in early August. It was cause for reflection, which goes beyond the usual concerns over the stresses of a weakening economy on company returns after a long bull run. Underneath, seismic shifts are at work in the ownership and control of our listed capital markets, rapidly reshaping the investment, business and economic landscape.

It’s a powerful combination of forces. The increasing influence of so-called passive (index) investors such as BlackRock, Vanguard and State Street, and the expanding pool of industry super funds that are also demanding boards and management engage on a range of social, environmental and governance issues.

These changes pose governance and strategic challenges for boards and management and their interaction with investors. They are prompting boards of large listed companies to review their investor engagement strategies and resources.

Summing up the scale of the shift, Greg Cooper, former CEO of Schroder Investment Management and a non-executive director, says the big super funds are likely to become financial institutions in their own right. Applying a responsible investing lens, they will have a huge influence. “They will have enormous economic power,” he says. “As their size increases, the term passive becomes a misnomer. — As you take a larger stake in organisations, you want to have a bigger say in the organisation.” That could extend to seeking board representation.

Economist, non-executive director and former Reserve Bank board member Heather Ridout AO MAICD has been at the forefront of the change as chair of AustralianSuper, the nation’s largest super fund — although she steps down this month. “These are deep trends that will affect capital markets and our propensity to take risk,” says Ridout. “We cannot put our heads in the sand on this. It’s not a marginal issue when you have big investors engaging on this.” 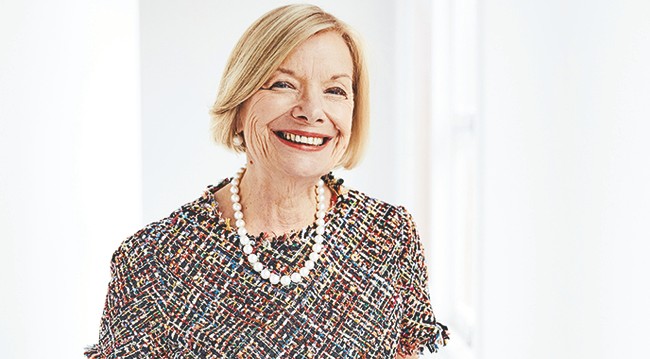 Ridout, who is also a non-executive director of the ASX and Sims Metal Management, says the economic backdrop of this late phase of the economic cycle, rising geopolitical uncertainty and increased nationalism provides immediate challenges. She also sees as big issues the arrival of distributed ledger and digital technologies as well as environmental, social and governance (ESG) considerations.

“It’s a very different world than five years ago. This conveys a major responsibility on boards, the link between management, shareholders and the community,” says Ridout. She cites BHP’s announcement it would extend its climate change policy to consider the carbon emissions of its customers and tie executive pay packets to reduction of greenhouse gas emissions. “It’s going to make strategy even more important than it used to be. Are boards aware of the forces coming at them. Are they risk-averse or open to new opportunities? Boards have to be agile and have diverse skills and personalities on them to deal with the issues.”

Yasser El-Ansary, the CEO of the Australian Investment Council (AIC), which represents private equity and venture capital industry, says we’re seeing an evolution in the weight of institutional capital that will drive productivity and competition, and focus business on their broader community and societal obligations.

Daniel Smith, general manager of proxy advisory CGI Glass Lewis, says we’re potentially getting to a point where many large listed entities will have a few blocks of substantial shareholders on their register, including large super funds. “You can see that scenario in the next five to 10 years if fund flows continue in their current direction. When you have a fiduciary duty to manage risks and future cash flows over 50-plus years, it behoves you to focus on the longer-term risks, including sustainability issues.”