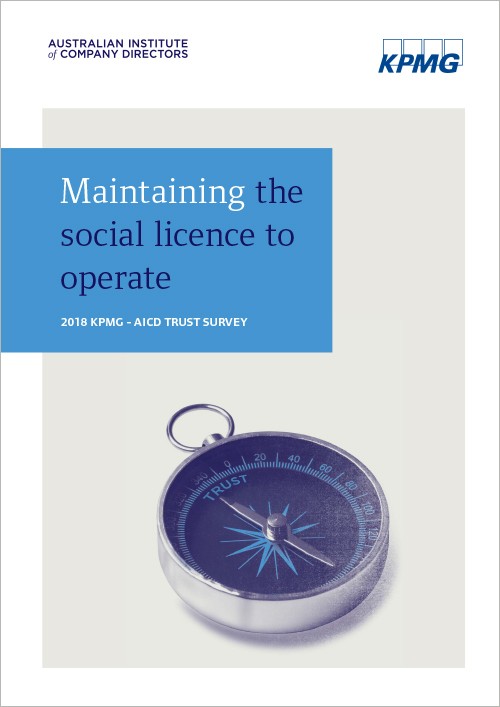 The Australian Institute of Company Directors has partnered with KPMG to research how boards are approaching the oversight of trust issues at their organisation.

Trust is critical to the maintaining an organisation’s social licence to operate. This new report shows that directors are acutely aware of the need for their organisations to maintain trust with stakeholders amid generally declining trust in all institutions.

As the ‘crisis of trust’ in institutions continues to dominate global and national headlines, encouraging conversations are being held in Australian boardrooms where trust remains front of mind.

In a survey together with KPMG, completed by almost 600 company directors, directors overwhelmingly agree that trust is important to their organisation's sustainability.

Boards are increasingly looking to better understand, and respond to, the issues that are affecting their organisation’s trustworthiness.

Specifically, the survey found that: