Family business Sutton Tools reveals why benchmarking and agility are key to surviving in a specialised global marketplace.

Six years ago, Peter Sutton, managing director of Melbourne’s Sutton Tools, wondered if his family’s manufacturing business would be around to celebrate its centenary in 2017. Despite being Australia’s only high-volume manufacturer of cutting tools and a successful global player in markets for specialised industrial tools, things were looking tough.

“We see 2012 as a major tipping point,” says Sutton, calling the subsequent five years “that perfect storm of the closure of car companies and the end of the mining boom, plus parity of the Australian dollar against the US. It was a recipe for disaster for manufacturing in Australia.”

Not only did Sutton Tools weather that storm, the fourth-generation family company has thrived. From churning out more than 20 million drill bits each year for sale through hardware chains such as Bunnings and Mitre 10, to manufacturing high-performance tools for machining titanium components used in aircraft wing frames, Sutton Tools has beaten the odds.

Sutton Tools began exporting to South-East Asia in the early 1990s, then to Europe a decade ago. Now, it exports about 35 per cent of the tools it manufactures — all for high-performance, technical applications in the aeronautical, automotive and general engineering industries — to more than 40 countries. Its biggest customers are in Aerospace Valley, near Toulouse in south-west France, where Airbus and many of its subcontractors are based. It also supplies tools to Apple subcontractors.

Sutton is blunt about the importance of exports to his company’s survival: “We’d be out of business otherwise.” By taking the harder and more expensive decision to start exporting almost 30 years ago, he says Sutton Tools was forced to improve every aspect of its business. “It was a huge wake-up call for us in the early 1990s,” he says, adding that the company invested about $40m in its export strategy over the first 10 years, and more since. “Our quality was not up to scratch, our specifications were out of date and we were more expensive. By exporting, we learned what we needed to become globally competitive.”

Sutton Tools started automating its production processes in the 1970s. Now, there are more than 60 robots at its three production plants in Melbourne, Maryborough in north-west Victoria and Christchurch, New Zealand.

“In the past, we’d have one [human] operator for each machine; now we have one operator for five or six,” Sutton says. Staff numbers have reduced from a peak of more than 500 in 2006 to about 380, and “lights-out” manufacturing means the robots undertake an unmanned, overnight third shift as well as weekend shifts.

Sutton says his family has always looked for innovative ways to improve the manufacturing process, travelling extensively and benchmarking globally. “My grandfather visited Japan in the 1950s looking at ‘just-in-time’ manufacturing, where you hold minimal inventory and pull in materials as required. And my father was always a keen student of Japanese manufacturing techniques. We were early adopters of Toyota’s ‘lean’ manufacturing, to eliminate waste within the business.” 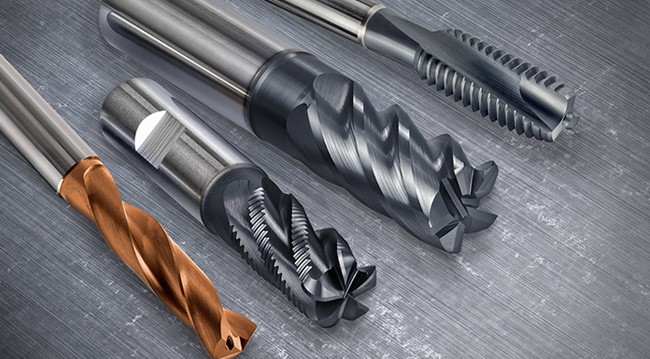 Keep it in the family

Ever since precision toolmaker William Henry Sutton emigrated from England and set up business in his Melbourne garage in 1917, Sutton Tools has been 100 per cent family-owned.

“I’m a very strong advocate for family business,” says Sutton, who joined the company in the mid-1990s. “But you have to earn your place. We were discouraged from entering the business before gaining outside experience; we had to fight our way in.” Sutton believes continuing to operate in Australia’s relatively high-cost environment is the best long-term decision.

Have an active board

When Sutton Tools grew significantly in the mid-1990s, the third generation, Bill and Jim Sutton, stepped aside and appointed the company’s first non-family CEO, Michael Grogan. At the same time, the board was revamped. Bill and Jim became executive directors, with two external directors and a third family shareholder, uninvolved in the business. “We’d always had a board that convened for the AGM,” Sutton says. “But a formal board, which communicated with shareholders, was put in place.”

Since 2016, when Grogan left the company, the board has had six members — four Suttons, including cousins Robert and Peter, and two independent directors. It meets monthly for half a day with a formal agenda, and the main focus is governance and strategy, as well as reviewing results and progress against documented plans.

Sutton Tools is much smaller than many of its global competitors, so collaboration with universities and research organisations such as the Defence Materials Technology Centre (DMTC) is crucial to develop new products. 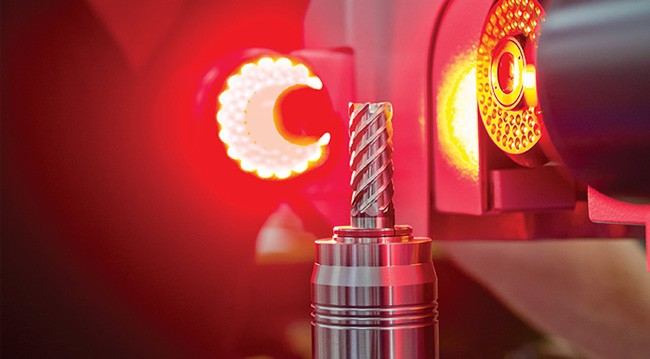 Sutton says the main financial measure the company relies on is earnings before interest and tax (EBIT). “We try to benchmark this against like manufacturers, although this can be difficult because we are a wholesale distributor as well as a manufacturer and have some significant amounts invested in our export business.”

Cash flow is also a major focus, especially control of debtors, and gross margins are closely managed given that operational costs are significant. What’s less important, says Sutton, is return on assets. “Being family-owned and tending to look at our investments in the longer term, return on assets or investment is not the key driver — but that’s not to say it isn’t important.”