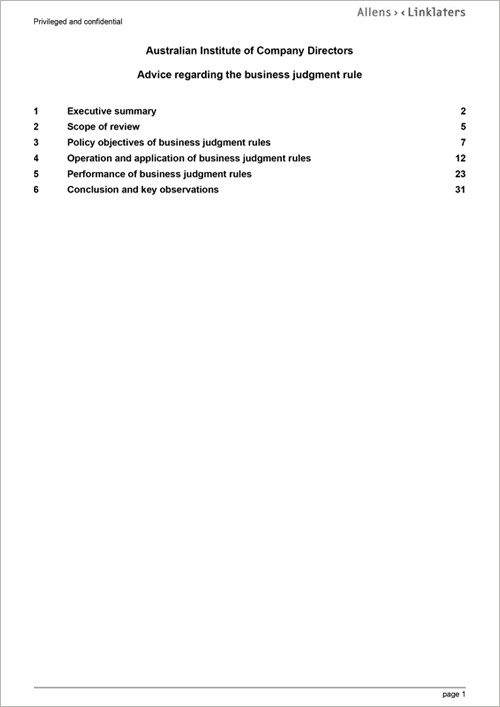 To understand the efficacy of Australia's business judgment rule (BJR) and whether reform is needed, the AICD commissioned Allens to research the scope, operation and effectiveness of Australia’s BJR as compared with other jurisdictions.

Australia’s BJR was adopted two decades ago to protect directors who undertake reasonable and informed commercial decision-making from breach of directors' duties claims, however it has found limited use. This may be because the form it takes renders it less effective than comparable protections in peer countries.

Some notable findings from the research include:

This research complements previous analysis undertaken by Allens in 2020 on the frameworks for imposing criminal and civil liability on directors in Australia and comparative jurisdictions, which concluded that Australia’s environment is uniquely burdensome.

Liability and compliance Duties and Responsibilities