Women now occupy 32.9 per cent of ASX 200 board positions 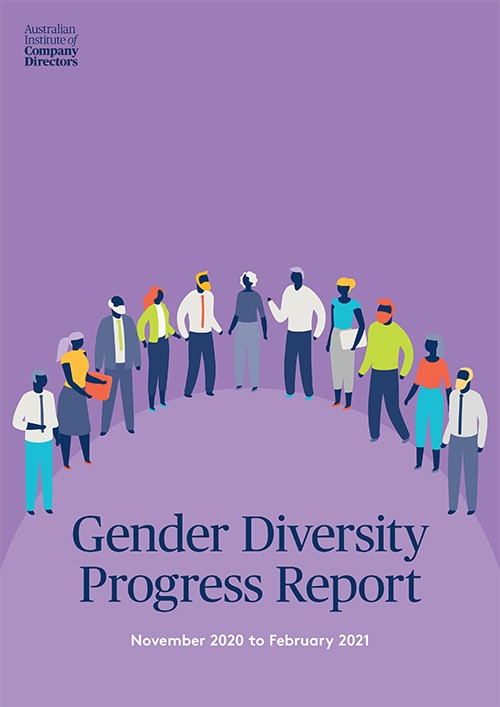 AICD General Manager of Advocacy, Louise Petschler, said, “As we head into 2021, the appointment rate for women on boards is nearing parity. This is where we need it to stay to maintain the momentum on board gender diversity that we have seen over the past few years.”

30% Club Australia Chair, Nicola Wakefield Evans, said, “We know that a shortage of qualified, board-ready women has never been the problem. One of the most significant barriers to women’s progression to boards has been unconscious bias in recruitment practices and a tendency to rely on personal networks.

“At this point, we should be expecting women to be appointed at the same rate as men.”

While the appointment rate is encouraging, there are still more than a third of boards in the ASX 200 that have not yet reached the minimum standard of 30 per cent women on their boards.

Since December 2020, ten additional companies in the ASX 200 have reached the 30 per cent threshold, taking the number to 123.

“Each quarter we’re seeing the number of companies reaching 30 per cent women increase. But it still means another 77 companies need to lift their focus,” said Ms Petschler.

“It’s an important time for visible leadership on gender equality in this country,” Ms Petschler said. “Women need to be participating in all decision-making forums, including corporate Australia.”

The 30 per cent threshold is important as a tipping point for gender diversity on boards, and the AICD continues to track the performance of our largest companies against this target.

“The AICD also encourages all organisations to embrace a board diversity model of ‘40:40:20’, where boards have at least 40 per cent women directors and 40 per cent men directors, as good practice,” Ms Petschler said.

The AICD maintains that diversity of representation on boards leads to stronger, better decision-making and we look forward to continuing to work with the director community on this important issue.